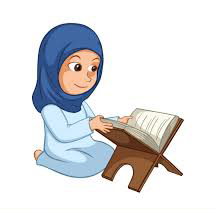 Gradation: A Divinely-Determined Principle in Islam

Norhan Ahmed 0 June, 2021 5:16 pm
Fasting- A Manifestation of Man’s Submission to Allah
What Matters is Quality over Quantity
Sound and Clean Heart

Based in Cairo, Egypt, the author is an educator and an Islamic Studies student. She is interested in art, poetry and in knowing more about cultures all over the world