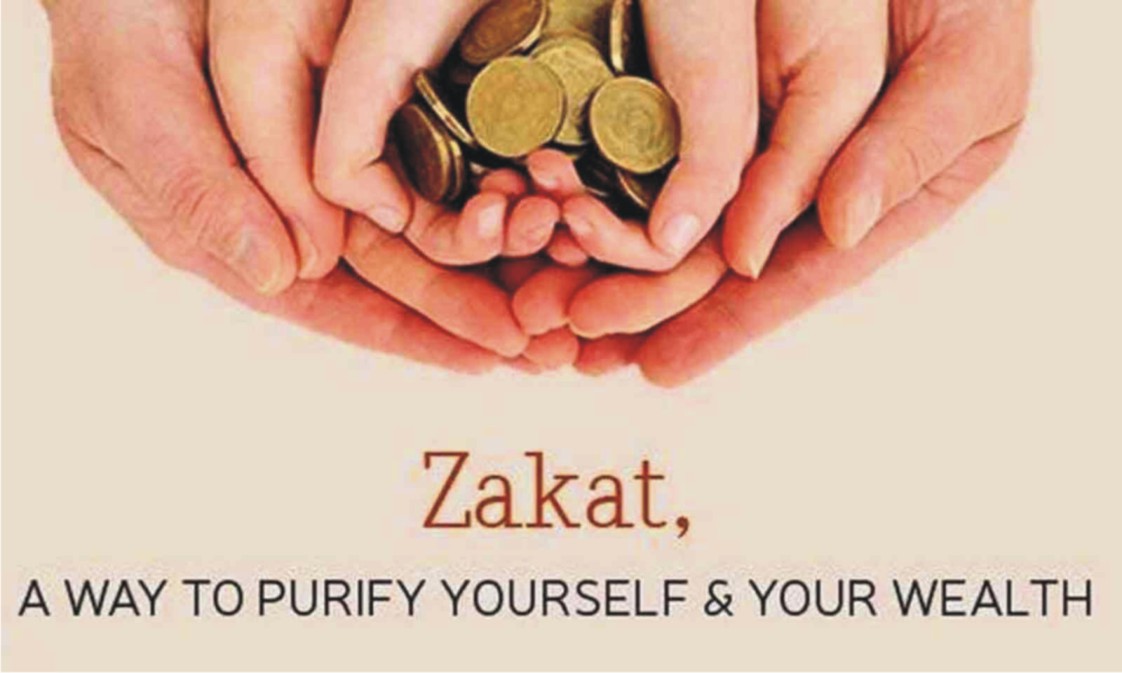 Zakat: The Giving Spirit Of Islam

The idea that helping others is part of a meaningful life has been around for several years. For Muslims, charity is a central aspect of faith and practice. The tradition of humanitarian stewardship and egalitarian values is the foundation of Islamic beliefs. Governed by a worldview in which all things come from God and finally return to Him, Muslims are taught to live as trustees of God’s blessings and spend their wealth accordingly. Islam is a complete way of life, and one important facet is that there is a duty to serve those less privileged than us. Ramadan is the focal point of philanthropy: People’s obligation to give to the poor intensifies during this month. Arab societies have elaborate and nuanced social codes that demand excessive generosity and hospitality towards visitors and strangers. This is embedded in the ancient Arab proverb: “A guest is greeted like a prince, held like a captive [to your generosity] and departs like a poet [to sing your praises].”

The Quran provides both a spiritual framework for the possession of wealth and practical guidelines for its dispensation. Frugality with self and generosity with others underpins the Quranic message of charity.

Muslims give in the form of either zakat, a mandatory condition of charity ordained by God, or Sadaqa, which is voluntary and meant to go beyond mere religious obligations. Zakat is the third pillar of Islam and is more of a social contract between rich and poor societies wherein Muslims pledge a determinate portion of specified categories of their lawful financial assets to benefit the poor and other enumerated classes. In the Quran, zakat’s significance appears equal to prayer as an expression of faith. The two are often mentioned simultaneously in the symmetrical rhythm of the holy book’s verses. Zakat means purification and comes from the Arabic verb zaka, which also signifies “to thrive,” “to be pure,” and “to be wholesome.” Muslims “purify” their wealth by giving a portion of it every year in charity. This Islamic practice is one way of learning self-discipline, freeing oneself from the love of possessions and greed. In a way, the man, who spends his wealth, affirms the truth that nothing is dearer to him in life than the love of God and that he is prepared to sacrifice everything for his sake.

The Islamic duty of zakat is binding on all Muslims who meet the necessary wealth criteria: It’s limited, in a way, by your ability. According to the rules of the Quran, all Muslims, on whom zakat is mandatory, must donate at least 2.5 percent of the total value of the financial assets based on the minimum wealth criteria (known as the niqab) each year for the benefit of the poor, destitute and others, classified as mustahik. The 2.5 percent rate only applies to cash, gold and silver, and commercial items. There are other rates for farm and mining produce and animals. Zakat is levied on five categories of property food grains; fruit; camels, cattle, sheep and goats; gold and silver; and movable goods and is payable each year after one year’s possession. Zakat is not simply a means to manage poverty but is inherently focussed on building dignity, honor, and self-sufficiency in the broader community. This is reflected in the diversity of categories of genuine zakat recipients.

The eight heads of distributing “Zakat” are defined in chapter 9, verse 60 of the Holy Quran. These are (i) the poor, (ii) the needy, (iii) those employed to administer the funds, (iv) those whose hearts have been recently reconciled to the “Truth,” (v) those in bondage (literally and figuratively), (vi) those who are in debt,(vii) in the cause of God and (viii) for the stranded traveler. Such deserving persons are identified and helped by an individual or organized effort.

However, a deeper understanding of the Quran reveals a broader methodology of the circulatory mechanism of society’s wealth. As against “Zakat,” the term “Sadaqah” has a more far-reaching connotation. In the above-referred verse 9.60 also, the term used to indicate charity is “Sadaqah,” though, according to the consensus, this specific verse has been accepted the world over as the divine instruction for “Zakat” heads. On the other hand, “Sadaqah” is ordinarily considered optional charity, and most Muslims – though erroneously – do not attach much importance to it except sporadically giving away minimal amounts (much less than one percent) of their financial holdings.

In this context, we must appreciate that if the economically higher-ranked 15-20 percent of the community contributes only 2.5 percent of its wealth and savings, that will not suffice to lift the remaining 80-85 percent of the people to a higher economic status in the vicinity of the one enjoyed by the top 15-20 percent. That is why God has emphasized the significance of voluntary charity that Muslims broadly refer to as “Sadaqah.”

But here is a catch. Most of us Muslims are not aware that God has also prescribed a directive principle for us to decide how much we should volunteer to donate as “Sadaqah” on top of “Zakat.” Here comes the principle of “Qulil Afw” as indicated in the Quran (2.219). Says God: “O Prophet (S), they ask you as to how much should they spend in the cause of Allah; say, whatever remains after taking care of yourself and your dependents. Thus, God has minced no words in His prescription. In fact, before closing the conversation, He adds, “Thus Allah makes clear to you the verses of revelation so that you give thought.”

In this way, Islam’s mechanism of redistributing the community’s earnings and wealth begins from “Zakat” and completes with “‘Sadaqah.’

Deeply embedded in the Islamic concept of zakat are notions of welfare, altruism, and justice, which can be seen as harnessing the human potential to resolve insurmountable challenges to human society. Charity and altruism are rooted in the basic concern for the welfare of others, while Islam has added to it the notion of justice, which is seen as a way of building a just and equitable society. It is the human preference for riches that the Quran cautions against. Yet, it acknowledges that spiritually immature souls may jeopardize their moral standing by indulging in reckless acts of charity that leave them destitute. Some verses speak of maintaining a balance between extravagance and parsimony. This is in recognition of human nature, which has the dual impulses of compassion and an inherent love for wealth. In this way, Islam’s legal teachings counsel temperance and prudence, whereas its spiritual teachings urge selflessness and generosity.

In the Islamic paradigm, voluntary charity is restricted to money or physical goods. Still, it covers all actions based on a simple understanding that what ties an individual to a common humanity is compassion. A well-known saying of the Prophet captures the essence of this concept: “Charity is due upon every joint of the people for every day upon which the sun rises. Being just between two people is charity. Helping a man with his animal and lifting his luggage upon it is charity. A kind word is a charity. Every step that you take towards the mosque is a charity and removing harmful things from the road is charity.” The real spirit of giving lies in doing it without tracing oneself. Giving with motives attached nullifies not only one’s happiness but also burdens the receiver. After planting your seeds, you should expect nothing in return.

(The author holds PhDs in English and Economics, is a researcher and development professional who has spent four decades in the development sector)