2015, the International Year of Light and Light-based Technologies

The IYL-2015 is a time to recognize the Greek and the Arab pioneers of optics. Importantly, it is a time to reflect on the decline of science in the Arab and Muslim world. 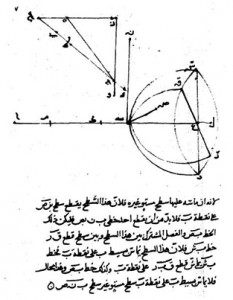 2015 has been at last proclaimed as the International Year of Light and Light-based Technologies (IYL 2015). This was done on 20th December, during the 71st Plenary Meeting of the UN General Assembly 68th Session. The move has been lauded by a number of scientific societies and institutes. The IYL-2015 partnership, formed in 2010, is a cross-disciplinary educational and outreach project with more than 100 partners from more than 85 countries, accompanied by the UNESCO International Basic Sciences Program. A resolution welcoming and endorsing an International Year of Light in 2015 was adopted by the UNESCO Executive Board at its 190th session which took place at the UNESCO Headquarters in Paris from the 3rd – 18th October, 2012. UNESCO formally submitted to the UN on 6 November 2013. It is an effort of several years and the persuasion of the numerous optics-related organisations, which eventually led to the proclamation. The text of the resolution, which was adopted as part of a more general agenda item on science and technology for development, stated: “Applications of light science and technology are vital for existing and future advances in medicine, energy, information and communications, fiber-optics, astronomy, architecture, archaeology, entertainment and culture.”
The central role of light needs no elaboration. On the very basic level, it provides us vision. On the most fundamental level through photosynthesis (mostly in the green leaves of the plants), light is necessary to the existence of life itself. In human skins, the sunlight induces the synthesis of the essential vitamin-D. The science of light is applied in the technological field known as photonics, and this theme addresses the important ways that photonic devices impact on areas such as medicine, communications and energy. When harnessed, the light-based technologies can promote sustainable development and provide solutions to global challenges in energy, education, agriculture, health and well-being.
Light is more than just science and technology. Light matters to all of us. The IYL-2015 will create a forum for scientists and engineers and all others inspired by light to interact both with each other and with the public so as to learn more about the nature of light and its many applications. IYL-2015 is a tremendous opportunity to ensure that policymakers are made aware of the problem-solving potential of light technology. As light becomes the key cross-cutting discipline of science and engineering in the 21st century, it is essential that the brightest young minds continue to be attracted into careers in this field.
The year 2015 commemorates a remarkable series of important milestones in the history of the physics of light. A number of major scientific anniversaries will be celebrated in 2015, starting with the early work on optics by the Islamic scholar Ibn Al-Haytham in 1015. The notion of light as a wave proposed by Fresnel in 1815; the electromagnetic theory of light propagation proposed by Maxwell in 1865; Einstein’s theory of the photoelectric effect in 1905; Einstein’s embedding of light in cosmology through general relativity in 1915; the discovery of the cosmic microwave background by Penzias and Wilson in 1965; and Charles Kao’s achievements in 1965 concerning the transmission of light in fibers for optical communication.
The year 2015 represents over ten centuries, since the publication of the great works on optics by the medieval Arab scholars, during the Islamic Golden Age. Abu Saad Alaa Ibn Sahl had translated Greek books on optics including Ptolemy’s Optics. Ibn Sahl in 984 wrote his book, On The Burning Instruments. Ibn Sahl’s book is both experimental (he provides the mechanical means to draw the conic sections) and theoretical.
In his book published in 984, Ibn Sahl, stated the law of refraction of light (commonly and erroneously known as the Snell’s law after Dutch scientist, Willebrord Snellius, 1580-1626) long before Snellius himself. Ibn Sahl was well known among his colleagues and students. Abu Ali al-Hasan ibn al-Haytham (965-1039, known as Alhacen/Alhazen, the Latin transliteration of his first name al-Hasan) wrote several books on optics acknowledging his mentor Ibn Sahl. Ibn al-Haytham authored fourteen books on optics alone. His magnum opus Kitabl al-Manazir (Book of Optics) earned him the title of father of optics. This book was translated into Latin in 1270 as Opticae Thesaurus Alhazen, and many prominent European scientists including Leonardo da Vinci (1452-1519), Johannes Kepler (1571-1630), Roger Bacon (1214-1292), Isaac Newton (1643-1727), and many others benefited from his theories in this field.
The IYL-2015 is a time to recognize the Greek and the Arab pioneers of optics. Importantly it is a time to reflect on the decline of science in the Arab and Muslim world. It is an excellent opportunity to address the theme of the renaissance of science in the Muslim countries.
(The writer can be reached at [email protected])
Engineering Department.
Salalah College of Technology (SCOT)
Salalah, Sultanate of Oman