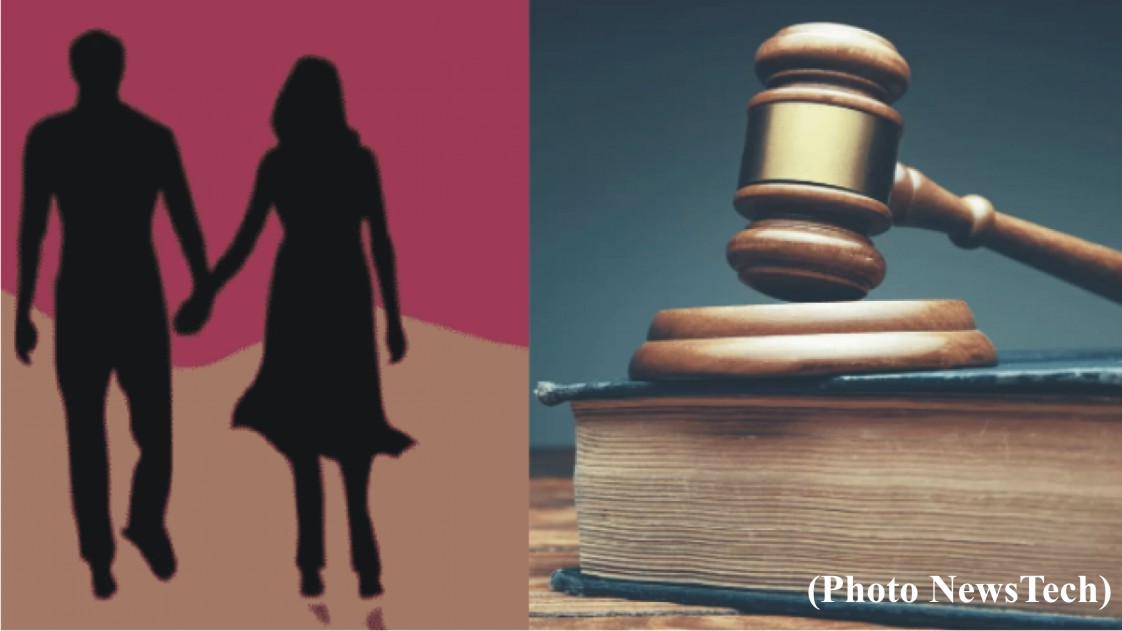 Gujarat has instituted a new Anti-Love Jihad law to check fake marriages under ‘Love Jihad.’ Such a marriage involving a Muslim youth, Samir Qureshi, and a Dalit woman (from a backward Hindu class) who was converted to Islam before the wedding ceremony, shows the gross misconception about Jihad.

The term has been correctly defined on the Google website as ‘a struggle or fights against the enemies of Islam.’ The second meaning is ‘the spiritual struggle within oneself against sin.’ Unfortunately, the lack of even the fundamental Islamic values underlines such crooked behavior on the Muslim youth.

Another noteworthy point is that journalists reporting such news should explain the concept of Jihad from its actual perspective as they usually do when covering political, socio-economic, or cultural events. It means that they also lack the basic knowledge of Islam and what it stands for.

Every Muslim knows that Jihad has two meanings: holy war in defense of Islamic teachings; a believer’s internal struggle to live out the Muslim faith as far as possible.

Prophet Muhammad (peace be upon him) termed the internal Jihad (against self) the greater Jihad. From this perspective, even a scholar’s pen, a preacher’s effort to spread the message of Islam, and donations for charity become different forms of Jihad, says Islamic scholar Abdullah Yusuf Ali.

Jihad also means resisting evil desires and strengthening one’s moral foundation on the five pillars of Islam: There is no god but God and Muhammad is the Messenger of Allah; giving alms (zakat); offering five regular prayers a day, fasting during the month of Ramadan and making pilgrimage once in a lifetime to the Kaabah (the House of God) in Makkah.

Those who depart from these noble principles fall prey to Satan, the sworn enemy of man and mischief-monger. At the individual level, such an example has been mentioned above when a Muslim community violates the dos and don’ts to achieve success hereafter’s life.

Muslim writers, including journalists, should refrain from misusing their knowledge and skills for the sake of making a fast buck. In the light of the Qur’anic verses mentioned earlier and this Hadith, it is clear that a sincere scholar’s pen is also Jihad mentioned in Surah.9, verse.20. “The ones who have believed, emigrated, and striven in the cause of Allah with their wealth and their lives are greater in rank in the sight of Allah. These are the people who will achieve salvation in life Hereafter on the Day of Judgment.”

In the past, the Quraish prevented Muslims from praying in the Grand Mosque in Makkah and performing other religious duties. That was the time when Jihad was waged against the infidels.
Now when Muslims and non-Muslims are entitled to freedom of worship everywhere, Jihad in the present context means resistance against self and performing good deeds as part of community service. Money spent on charity, education, the welfare of the poor, and other noble causes also comes under Jihad.

Jihad is three-dimensional in its concept-Nafse Ammara, where nafs, variously defined as ‘self,’ ‘psyche,’ ‘ego,’ or ‘soul,’ go through one of the three stages in its evolution.

In the first stage, Nafse Ammara, our inner self or soul commands us to follow our instinct or desire, anger, passion, or lust. Here we may succumb to the temptations of Satan and commit sinful deeds. In such a situation, we should seek refuge with Allah. “If a suggestion from Satan assails thy (mind), seek refuge with God, for He hears and knows all things.” (Surah.7, verse.200)

The broad meaning of Jihad
The second type is Nafse Lawwama: “And I swear by the reproaching soul.” (Surah 75 verse 2). It means that our soul makes us feel guilty at the thought of doing an evil deed under Satan’s insinuation.

In the third and final stage, Nafse Mutmainna, the believers are muṭmaʾin, or “content with the ḥukm (command) of Allah the Almighty.

“There is nothing else that makes them happy. [But such people are] also doing what makes them happy [because] this person has been molded, trained, and disciplined in such a way that the only thing that makes their nafs happy…is muṭmaʾin. That it is content with what Allah the Almighty is pleased with…” (‘An introduction to By Shaykh Kamaluddin Ahmed [1]; Edited by Faraz Abdul Moid).

Jihad against nafs or self also implies doing good deeds like others in various ways through knowledge, technical and other skills, besides charity.

In the ‘Stories of the Caliphs’ (by Khurram Murad and M. Salim Kayani) released by the Islamic Foundation recently, one of the governors during the time of Hazrath Umar was Caliph Sa’eed bin, Amir. Though he was himself a pauper, a thousand sovereigns that Caliph Sa’eed received for his personal use were distributed among the poor in the region of Homs for their livelihood. Homs was once a major trade center in northern Syria about 2,000 years ago. It is an excellent example of how a high moral standard elevates the living standard of a society besides, incidents from the lives of the Prophet and his companions. The Holy Qur’an also teaches us from Allah’s Signs in nature and the underlying lesson to be learned for our good.

Seen in this context, the so-called ‘Love Jihad’ is mischief from the Islamic viewpoint. It is also a reflection on the journalist for reporting it without even verifying its meaning given in Webster’s Dictionary: “1) A holy war waged on behalf of Islam as a religious duty; 2) A crusade for a principle or belief.”