Each of Us is a Pilgrim in this World

Islamic Voice 0 August, 2017 12:00 am
Ramadan: Best Time to Ban Smoking
Catholic Nuns Join Muslims for Iftar
Eid Day in Bangalore – How Muslims in Bangalore made it an Eid for all to remember

The Hajj is our sacred journey, and it allows us to gather in spiritual community, in common cause, so we may plead for our wellbeing and spiritual survival. 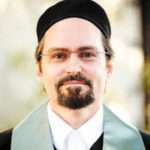 There is no animal on earth, nor yet a bird on the wing, but forms communities like you. We have not neglected anything in the Book; and they will ultimately be gathered to their Lord. Those who repudiate Our signs are deaf and dumb, in the dark. God confuses whomever God wills, and places whomever God wills on a straight path.
“ Qur’an, Surah 6, Cattle, (38-39)

Pilgrimage is one of the profound manifestations of humanity, a materialization of our spiritual nature. The word pilgrim is from a Latin term, peregrinatio, which means “to journey about.” An early English word peregrine meant “a falcon.” Like our feathered friends, human beings also tend to flock, driven by an inner force towards a specific destination. Historically, people have always flocked to places of devotion for spiritual rebirth.
The word Hajj means “to intend a journey,” which connotes both the outward act of a journey and the inward act of intentions. In his Mufradat, Raghib says that Hajj became associated in the sacred text with visiting the House of God. From the same root, we get the derivative hujjah, which means “a proof,” and also a mahajjah, which is “a clear path that is straight.” Related to this word through the greater derivation is the word hajab, which means “to be prevented from arriving at one’s destination.” This is important in relation to those who are spiritually veiled (mahjub) by a material hijab from arriving at their true destination.
The Hajj is one of the five pillars of Islam and represents the return to God. Each of us is a pilgrim in this world, wayfarers all. Some of us know the way and are focused on our ultimate destination, while others get easily distracted and flounder. Death is our material destination, and the body returns to the soil from whence it came. But what of the soul that is not of soil?

A Congregation of Souls
The spirit that animates us is set free upon death and must journey on to the next stage. Hajj represents a congregation of souls preparing for a meeting with their Lord. Arafah, which is related to ma’rifah (knowledge of God), is the culmination of Hajj. The pilgrim is stripped of all outward decorum, unkempt and disheveled, and abased before his Lord, pleading for acceptance. The inner sense of purpose that took him or her to Mecca is among the mysteries of faith.
But what can we learn from the Qur’anic verse above regarding all of God’s creations and their collective journeys to God’s House?
All over this planet, there are epic migrations of wildlife taking place each year. The animals have their own Hajj, and we must learn from their journeys, as God has told us to reflect on the signs in the self and on the horizon until the truth is embedded in our soul.

Singularity of Purpose
The mysteries of the natural order surround us. We don’t know why monarch butterflies migrate south in the winter to one particular location to gather together in a symphony of color, in what can only be termed displays of vertiginous spiritual ecstasy by a human observer. Even the large buffalo makes a pilgrimage across the plains of the Northern states. There is, of course, scientific research taking place in an attempt to unlock the myriad mysteries of these migratory creatures with their navigational secrets. But there is another phenomenon that is now coming to light: the absolute singularity of purpose with which these creatures go about their journeys.
An article in National Geographic magazine quotes a scientist referring to the “undistractibility” of these animals on their journeys. “An arctic tern on its way from Tierra del Fuego to Alaska, for instance, will ignore a nice smelly herring offered from a bird-watcher’s boat in Monterey Bay. Local gulls will dive voraciously for such handouts, while the tern flies on. Why?” The article’s author, David Quammen, attempts an answer, saying “the arctic tern resists distraction because it is driven at that moment by an instinctive sense of something we humans find admirable: larger purpose.”
In the same article, biologist Hugh Dingle notes that these migratory patterns reveal five shared characteristics: the journeys take the animals outside their natural habitat; they follow a straight path and do not zigzag; they involve advance preparation, such as overfeeding; they require careful allocations of energy; and finally, “migrating animals maintain a fervid attentiveness to the greater mission, which keeps them undistracted by temptations and undeterred by challenges that would turn other animals aside.” In other words, they are pilgrims with a purpose.
Elephants, snakes, sea snakes, sea turtles, myriad species of birds, butterflies, whales, dolphins, bison, bees, insects, antelopes, wildebeests, eels, great white sharks, tree frogs, dragon flies, crabs, Pacific blue tuna, bats, and even microorganisms “ all of them have distinct migratory patterns, and all of them congregate in a special place, even if, as individuals, they have never been there before.
The Qur’an says about Hajj, “Take provision, and the best provision is piety” (2:197). In other words, fatten up your souls with spiritual calories for this sacred journey back to your Lord”.

Our Sacred Journey
The Qur’an reminds us, “Have they not seen the birds above them, as they draw in their wings, having spread them “ the Merciful alone holds them up, observing everything” (67:19). Almost immediately after that, we are told, “Then is the one who walks bent on his own design better guided, or the one who walks for a common cause on a straight path?” (67:22). These animals have a common cause, as they move on their linear journeys of rebirth.
The Hajj is our sacred journey, and it allows us to gather in spiritual community, in common cause, so we may plead for our wellbeing and spiritual survival. In those same verses, we are told nothing is neglected in the Qur’an, according to God, and we are reminded that God will gather us, by analogy, as these animals, like us, are gathered for rebirth. Those who repudiate these signs are spiritually blind, deaf, and dumb “ in other words, veiled, and unlike these divinely guided animals, are unable to find their way back home. For their repudiation, they are led astray, but God places whom God wills on a straight path “ a path of linearity, undistracted by the temptations of the world, well provided with spiritual energy for their journeys back to their Lord. It is a journey we must all take.
The poet W.S. Merwin, upon reflecting on the miraculous migration of the birds, wrote that they are “tracing a memory they did not have until they set out to remember it.” God tells us in the Qur’an, “And if you forget, remember.” The journey of Hajj is remembering what we have forgotten. Allahu Akbar!
(Shaykh Hamza Yusuf Hanson was born in Walla Walla, Washington and raised in Northern California. He became Muslim in 1977 in Santa Barbara, California and subsequently moved to the Middle East and studied Arabic and Islam for four years in the United Arab Emirates and later in Madina, Algeria, Morocco, and West Africa for many years. After a ten-year sojourn of studies abroad, he returned to the USA and took degrees in nursing from Imperial Valley College and religious studies at San Jose State University. He has traveled all over the world giving talks on Islam and has translated several classical texts from Arabic. He presently teaches at Zaytuna Institute in Hayward, California, where he lives with his wife and children. He is the director and co-founder of the Zaytuna Institute).
This is a slightly modified version of an article that can be accessed on the Net)