Islamic Voice 0 February, 2017 12:00 am
When I Cried From Inside
Anti-love Jihad Law in Gujarat
Too Embarrassed To Take His Name?

Not once in all those many trauma-filled years when I struggled with the obsessive thoughts, did I ever consider turning to God, praying to Him to cure me. 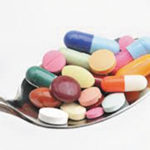 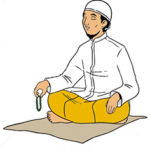 Thinking negative thoughts about others isn’t uncommon. Nor is it at all unnatural. Even though we may not easily admit it, all of us think such thoughts every now and then, sometimes several times a day. It’s part of being human, really. It’s another thing, though, if this sort of thinking turns into an obsession. And that’s exactly what happened with me.
I had hardly stepped into my teens when all sorts of horrible thoughts started flooding into my head. It wasn’t just about people who had been ‘bad’ to me. I thought such thoughts about people who were kind to me, too. Worse still, I started thinking terrible thoughts about God!

Furious Tornado
These obsessive thoughts carried on haunting me for a very long time. Almost all through the day, through many years, they kept buzzing about in my head. From the moment I got up in the morning till I went to bed, they whirled around like a furious tornado.
It wasn’t that I loved to think those negative thoughts. In fact, I just hated it, even while I felt I couldn’t help it. I may not have felt that way, with the same intensity and guilt, had the thoughts been restricted to people who I thought were mean and hard-hearted, and, therefore, who I might have thought deserved to be thought ill about. I thought such troubling thoughts about good and kind people, too”and that really pained me.
I didn’t dare tell anyone about my problem. If they ever came to know about my thoughts, I feared they’d think I was really disgusting. I struggled to fend off the bad thoughts as they continued to flood my mind. When I look at it now, I admire myself for refusing to bend before evil. Each time a bad thought about someone invaded me, I would begin to panic and I’d quickly try to repel the thought as vigorously as I could. Little did I realise then that this wasn’t the way to handle the flood of bad thoughts and that by trying to push them out of my mind, I was only further reinforcing them. I had no one to tell me that the only way to remove negative thoughts from the mind is to gently replace them with positive ones.

Full Blown Obsession
One day”many years after the thoughts had assumed the form of a full-blown obsession”I decided that I couldn’t bear it any longer. I decided I needed urgent psychiatric help. This was at a time when seeing a psychiatrist was thought to be something that only ‘mad’ people did. It was considered almost sinful, an indication of total personal failure.
That day, I mustered the courage to visit a psychiatrist. For the first time in all those many years, I spoke out to somebody else about some of many things that I had kept so carefully bottled-up inside. I didn’t share with him all the many thoughts that I obsessed about. I was too ashamed and scared to do that, but I did tell him enough about some of my thoughts to convince him that I was suffering from what he announced was called “Obsessive Compulsive Neurosis”, or OCD for short.
Chemical Imbalance in My Brain
You won’t imagine what a relief it was to get the burden of guilt for my thoughts from off my shoulders! God bless the doctor who so patiently listened to bits (some of the less awful ones) of my story that day! The doctor put me on medicines. Apparently, the diagnosis was that there was a certain chemical imbalance in my brain, which had caused the obsessive thoughts to be triggered off. With the medicines, this chemical imbalance would gradually be redressed.
I took the medicines for a long time”for many years, in fact. The obsessive thoughts did decline, but they didn’t cease altogether. Gradually, I began to feel that the medicines may be simply treating the symptoms of my problem, not their underlying cause. Slowly, I began to realise that my problem was not essentially to do with the chemistry of some particles in my brain as such, as the doctor had claimed. That might be only a secondary cause. The primary cause had everything to do with how I had let myself become as a person.
Placing the blame for thinking bad about others on a supposed chemical imbalance in my brain really let me off the hook, actually! It completely absolved me of the responsibility to take care of my thoughts”and, in larger terms, of my lifestyle and worldview as a whole. The utter futility of this approach gradually dawned on me, and one day I threw away the remaining medicines. I didn’t want to be dependent on medicines for the rest of my life in order not to think bad thoughts. I began to understand that I had to take my life (including my thoughts) in my own hands and own responsibility for what I thought”I couldn’t leave that task to the medicines I was popping in every day.

A Spiritual Issue
As the years have passed, I’ve developed new ideas about thought-management and psychiatry. I am now convinced that my problem wasn’t, as the doctor had insisted and that I had wanted to believe, simply a chemical one. Rather, it was, at root and above all, a spiritual issue. If there was, as the doctor had said, a chemical imbalance in my brain that was leading me to obsess about certain thoughts, it hadn’t come about by fluke. Rather, it was a natural result of my wallowing in a deep pit of unbridled hedonism and crass sensuality. I was entirely to blame for what was going on in my head.

Life Lived Without God
I realise now how foolish I had been, both in my struggle to fight off the barrage of discomforting thoughts through my own efforts and in relying on doctors and medicines alone to cure me. I know now that there was one sure medicine always available that could have cured me of my disease, but which I had never bothered to consider”the sure Cure-All that is God. I know now, too, that my disease was a result of my having gone far away from God and leading a sinful life. It was a logical and necessary consequence of a life lived without God.
Not once in all those many trauma-filled years when I struggled with the obsessive thoughts did I ever consider turning to God, praying to Him to cure me. So deep had I sunk in my thoroughly materialist worldview and my addiction to sensuality that seeking God’s help to cure my problem never crossed my mind. Instead of God, I turned to human agencies”first by trying to rely on my own efforts to fight against my thoughts, and then by turning to the psychiatrist. They miserably failed, as they were bound to, because they had no room for the Real Cure, which is God.
When I think of it now, I realise I could have spared myself all those many years of trauma had I simply turned to my Creator and requested Him to cure me. There isn’t a more simple and effective cure than that, for any and every ailment. This doesn’t mean that I think that medicines or psychiatric counseling are bogus. Far from it! I recognize that they may well work, but I also know that if they do so, it is as a means through which God acts to heal us. At the same time, I also now know that efforts to cure mental disease”whether through our own efforts or through doctors and their medicines”that leave God out of the picture are seriously limited.
Related to this is another realisation that I’d like to share. And that is that we need to take full responsibility for all the thoughts we think. If you’ve been diagnosed with OCD, you shouldn’t expect, as I was led to believe, that you can sit back and relax while medicines work their magic in expelling the barrage of obsessive thoughts from your mind. Don’t let that argument, so alluring though it may seem because it suggests that you don’t have to do anything more than swallowing a pill every morning, fool you! Getting rid of bad thoughts requires much more than that. It requires you to make the effort to replace negative thoughts with positive ones. And for that, you need to turn to God and seek His help.