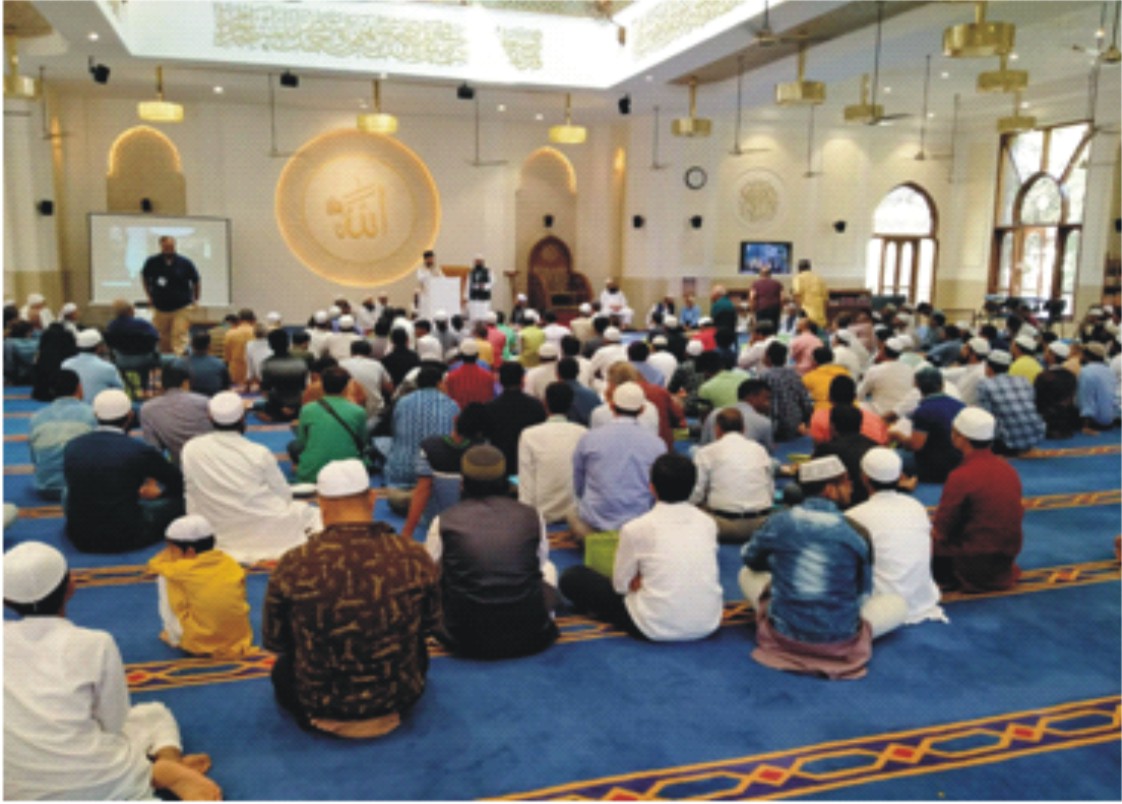 Strategizing Community’s Future Will the Ulema Shoulder the Responsibility?

Jamal Rahman 0 August, 2021 6:15 pm
Battling Depression with the Quran “ How?
Do First Thing First
2015, the International Year of Light and Light-based Technologies

India is celebrating its 75th year of Independence. The nation is taking stock of its growth trajectory for chalking out its strategy for the coming ten years of growth to emerge as one of the developed countries. It no doubt has its intrinsic demographic and talent potential to be an economic power to reckon.
Muslims are equal stakeholders in their contribution to the freedom struggle and equally benefit from the country’s growth and prosperity; they constitute nearly 20% of the population, the largest minority of the country. It is high time that the community and its political leaders, the Ulema and Imams, the Muslim Academics and intellectuals of the country, start to ponder and debate the current state of the community. Strategize guidelines for the community to make it an equal partner in nation-building and reap the benefits of the country’s development with equal rights and dignity? The answer is not just yes, but a shout that should stir the souls of the political and religious leaders and each one of us.

What is the current situation?
Muslims in India today are the most backward of all communities, economically, socially, and educationally as per the findings of Justice Sachar, who placed them even below the schedule caste and Tribes. In education, they are less than 3% in universities and less than 5% in colleges. Their school dropout level is 24-25%, while the national average is 17%, but the Muslim girl’s dropout rate is 70%.
The society being unprecedentedly polarized by the right-wing ideologies, the biggest challenge before the community is the growing disconnect between Muslims and the majority communities. The social interaction and networking, friendly festival exchanges, business partnerships are fast declining which trend is not in the interest of Muslims. Isolation and seclusion directly impact opportunities in life. Muslims also suffered a political leadership vacuum in the past 40 to 50 years as no one got into the shoes of Moulana Abul Kalam Azad, Sir Syed, or Dr. Zakir Hussain. Most Muslim political leaders proved self-centered,attention seekers, nurturing sycophancy and serving their material interests. Their different political affiliations further divided the community, thus weakening their democratic leverage. Some of them have abused their positions in alleged squandering wakf assets of the country. Asignificant setback to the community is the sectarian division of Ulema based on different schools. Even Masjids are named after the Jamats and Maslaks, often with the visible rivalry between masjids and name-calling. The taop 5% of the wealthy in the community have little motivation to educate the poor, but have great appetite to show up their wealth in weddings, birthdays, rituals, and whatnot. It is disturbing to find thousands of Madrasa graduates with outstanding religious education and Quranic Hifz with spiritual knowledge are helpless in the real world for their livelihood. The lack of skills for employment, their inability to connect and communicate with the larger society, and struggling in offices even to fill up any government application result from their ignorance in minimum knowledge of science and technology, English or regional language. They completely seclude themselves not only from non-Muslims but even from the community.
The Muslim youth, like other youth, are growing up under the evil dispensation of social media and digital gaming addiction. They get increasingly restless, indifferent to their social responsibilities, and often disconnected from families and parents.

The issues that come back to us, again and again, are;
1. How will the Muslim community become an equal partner in nation-building and enjoy equal rights to reap benefits with pride and dignity?
2. How will the community counter the polarization spree of the right-wing agencies and work to enhance connectivity and friendship with the majority community?
3. How do we turn into educated and enlightened members of the larger society?
4. How do we make our Madrasa scholars employable, economically independent socially penetrating the larger society?
5. How do we make Muslim women and men more visible in higher and professional education? How do we reiterate our identity as a law-abiding, honest, and incorruptible community?
These are the challenges that call for urgent debate and national policy to spark a movement.

A few suggested strategies:
1.The first and foremost is an aggressive propagation and emphasis on the community’s education, particularly to promote girls in higher and professional education.
2. The second most important strategy is developing interaction with non-Muslims, cordial relations, exchanging greetings, and winning their goodwill as true Muslims. If the community is well educated, enjoys the confidence of the majority communities, and maintains its identity as true and moderate Muslim, the rest will follow.
3. The third strategy should be to revamp the Madrasa education that makes our Islamic scholars earn a decent living, become communicative in local languages and English with the larger society, and self-confident in day-to-day worldly dealings.
Imams and Ulema should lead as Agents of Change
Yes, all Muslim Ulema should come to a common platform to debate the issues and current status of the community in India and draw out strategies that are communicated to the community as a whole, triggering a mass movement that should impact the lives of the future generation. The strategy should educate men and women equally, honesty, humility, and integrity as a way of life. Reversing the fast spreading communal polarization of society by enhancing our social connectivity and interaction with non-Muslims and modernizing the Madrasa education make our Imams employable, knowledgeable, communicative, and enlightened beyond sheer religious scholarship. The community should demonstrate the modernity and modesty of Islam by facilitating women’s participation in Juma congregations like in the rest of the world. Islam is the only religion that mandates mass congregations weekly and yearly, thus providing a unique platform to reach out to every section of the Muslim society. Masjid and Imams are the best channels to reach out to masses during Juma congregations. This platform provided to Imams should be fully exploited to convey the new guidelines and strategies to the community extensively. It is observed that the majority of the Imams are not trained to address contemporary issues. Therefore, it is vital to print model Kutbas from enlightened Ulema and distribute them to all Imams in the country.
We resolve to open the mosques for interested non-Muslimsto come and observe the Muslim prayers on Juma, as that would build confidence between communities and clear most misconceptions spread by divisive forces. Such practices are widespread in western countries under the title “visit my mosque.”