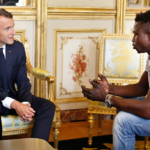 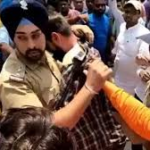 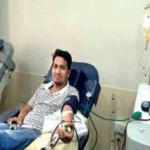 Inter-community relations have become a major existential issue for the whole of humankind today. In our intensely interconnected world, where people from different community backgrounds are now in ever-increasing contact at the global level, harmonious inter-community relations are of immense importance. Despite this, inter-community conflicts rage in large parts of the world, often in the name of religion, wreaking havoc on a massive scale.
Some questions that anyone concerned with the terrible damage these conflicts are doing to the world and its inhabitants must surely ask are: What can we do to stop people fighting in the name of community and religion? How can people who claim to follow this or that faith or belong to this or that community learn to respect each other and live in peace?
You might think I’m naive, but the solution to these questions really isn’t at all as complex as we might think. Actually, it might be really very simple. Let me explain, with the help of four examples.

Four Stories
Over the last fortnight or so I came across four stories, widely reported in the media, all about interfaith/inter-community encounters, and all of a positive nature.  The first of these was from France. It was about the bravery of a 22 year-old Muslim migrant from Mali (a country in western Africa). Risking his life, Mamoudou Gassama rushed up the faÃ§ade of a Paris building to save a four-year-old boy who was clinging to the edge of a fourth-floor balcony. Barely 24 hours later, his act of great bravery and compassion earned him an invitation to the official residence of the French President, where President Emmanuel Macron hailed his courage and devotion and offered him French nationality and a job as a fireman. According to one newspaper, ‘France has been transfixed by video footage of the Malian’s exploits, which has been viewed millions of times on social media and turned Mr Gassama into an overnight celebrity’.

Gagandeep Singh
The second incident was from Uttarakhand, in northern India, where a 28-year-old Sikh police officer, Gagandeep Singh, helped save a Muslim youth from an angry mob. On realising the danger to the man’s life, he immediately rushed towards the crowd. “I held him close to myself and tried to take him away from the angry mob. I used my body as a shield to save him from the blows of the angry mob. It was with much difficulty that I was able to take him away,” he was quoted in a newspaper as saying. On the announcement of a reward for his brave deed, Singh explained: “I was just doing my duty. I couldn’t have allowed the angry crowd to harm the youth.” “It would have weighed heavily on my conscience throughout the rest of my life had anything happened to the youth”, he said.
For his act of immense courage, the brave Sikh was hailed as a hero on social media by many.

Imam Ali Molla
The third incident was from Kolkata, described in an article titled ‘Religious lines blur as donors flock to help girl’. At the city’s Tata Medical Center recently, the article related, several Hindus and Muslims and also a Christian queued up to donate blood to a 13-year-old girl who has been suffering from acute and incurable anaemia for many years. Ultimately, it was Imam Ali Molla “ one of the nine Muslim men “ who was selected for this. The others, the article related, are ‘in the pipeline’ because the patient, Sujata Das (name changed), will need continuous transfusions to live.
As touching as the multi-faith composition of the people who volunteered to help Sujata was the fact that Molla, the man whose blood was given to her, travelled a fairly long distance to do so (37 kilometres). And not just that. A devout Muslim, Molla was fasting (it being the month of Ramzan), but he broke his fast so that he could donate his blood.
Sujata’s father, the article explained, had initially tried to organise donors for blood for his daughter. But soon he could find no more. Her uncle then put out a request on Facebook. Soon there was a flood of replies from people. “We had a list of 47 donors in no time,” the girl’s uncle said. “We were surprised to see several Muslims willing to donate. They all said that they were willing to break their fasts if their blood could save a child,” he related.
The Deputy director of Tata Medical Centre VR Ramanan also appreciated Molla’s gesture. “To see someone driving down so far and break his fast for the cause is a remarkable moment” the article quoted him as saying.

Temple Hosts Iftar
The fourth report was about a Hindu temple in southern India that recently hosted an iftar (a fast-breaking meal for Muslims fasting in the month of Ramzan), a wonderful gesture of inter-communal harmony. Held in a hall adjacent to the compound of the Lakshmi Narasimha Murthy temple in Kerala’s Malappuram district, not just Muslims but even Hindus living in the locality took part in the iftar”at least 600 people, according to the temple committee secretary Mohanan Nair.  Apparently, temple committee representatives went from house to house, to personally invite Muslims residing in the locality to take part in the meal.  “We did not want to print out notices, but went individually to houses to invite them. We have got enormous support from every one and people are happy to join us in this. From the temple priest to the residents, everyone took it up in a good spirit”, Mr. Mohanan said.
‘While religious disharmony and violence in the name of faith is happening in other parts of the country, our locality has thankfully not seen such an issue. The people here, who are primarily from Hindu and Muslim communities, have been living in harmony for years. And we decided to host iftar dinner not because our harmony and peace had been disturbed, but because we want the peace to prolong”, Mr. Mohanan was quoted as saying.
This was not the first time that this temple was hosting an iftar dinner. Last year too the temple committee hosted such a dinner, in what was lauded as a means of strengthening inter-religious harmony.
*
These four incidents evoked an enthusiastic response from many people from different faith and community backgrounds, many of who must have been touched particularly by the fact that kindness that was displayed in all these cases crossed community boundaries.
In themselves these incidents were great acts of compassion. But they have a message that far transcends them, a message for all of us who desire interfaith and inter-community harmony. These stories clearly announce that probably nothing can match an act of selfless service rendered to a person of another faith or community in helping overcome prejudices between communities and building bridges between them. Ultimately, as spiritual teachers have always taught, love overpowers everything”and even a supposedly ‘small’ act of kindness motivated by love and compassion can quickly dissolve deep-rooted prejudices in the name of religion and community.
Conferences between religious ‘leaders’, interfaith dialogue, learning about each other’s religions, anti-discrimination legislation, ‘awareness’ work by NGOs”these and many more such steps are often suggested as means for bringing communities closer. These might be useful for this purpose. But I do know that, as Mamoudou Gassama, Gagandeep Singh, Imam Ali Molla and the members of the committee of the Lakshmi Narasimha Murthy temple teach us through their inspiring examples, none of these measures can take the place of  acts of selfless service for someone from another community or religion in helping us set aside our differences and bond together.
As Mother Teresa rightly remarked, “Not all of us can do great things.” “But”, she also famously added, “we can do small things with great love.” By doing even “small things””’little’ acts of selfless service”for someone from a community other than the one we may identify with we might be able to play our part in bringing communities closer and in enabling them to recognise and celebrate our common humanity.