19 Years of Selfless Service to the Dead

Islamic Voice 0 January, 2018 12:00 am
Importance of Pressure Groups
Bembala Foundation: Helping One Survivor of Abuse at a Time
Leprosy Patients in Kashmir – No End to Stigma for Descendants 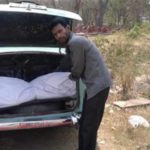 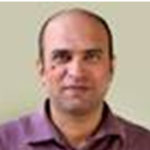 Shifting unidentified and unclaimed bodies is no enviable work. But 38-year-old Ayub Ahmed, a resident of Mysuru, not only shifts such bodies voluntarily to the mortuary, he also takes them to the burial ground and lays them to rest after the police declare them unidentified and unclaimed.
Mr. Ahmed began doing this selfless act about 19 years ago after he came across a body lying on the outskirts of Mysuru on Nanjangud road for more than 10 hours. That was the first unclaimed body he buried.
“While I was going to Gundlupet in a KSRTC bus to purchase a car, the driver stopped the vehicle near Bandipalya where a crowd had gathered around a dead body lying on the road. Ten hours later, when I was returning to Mysuru in my new car, the body was still there,” he says.
A policeman standing near the corpse said he could not find anybody to shift the body to the morgue. “When anybody buys a car, they take their friends or relatives on a drive. But I transported a dead body to the mortuary in mine,” he says.
When he realised the aversion and taboo surrounding the handling of dead bodies and transporting them, Mr. Ahmed began offering his services.
After helping the police as well as the public to shift bodies over the last 19 years, he has lost count of the number. But it has helped him earn not only the respect of the police department in Mysuru and neighbouring Mandya, but also the nickname “Body Miyan”.
Mr. Ahmed says his phone rings soon after the police is alerted about a dead body. By the time the police completes formalities, he reaches the spot and gets down to work. He helps in the toughest of circumstances, such as when a body has to be recovered from water, says Lakshmikant Talwar, Inspector of Mandi police station in Mysuru.
Mr. Ahmed says he does not receive more than Rs 50 to Rs 150 every time he transports a body. “Even if a body is claimed by relatives, it is very difficult to ask them for payment to transport the body when they are in grief,” he says.
Mr. Talwar endorses Mr. Ahmed and says that he offers to shift the bodies after post-mortem to their native even free of cost if the relatives are from a poor background.
The last rites of the unclaimed bodies are conducted as per their respective religion.
(Extracted from thehindu.com)