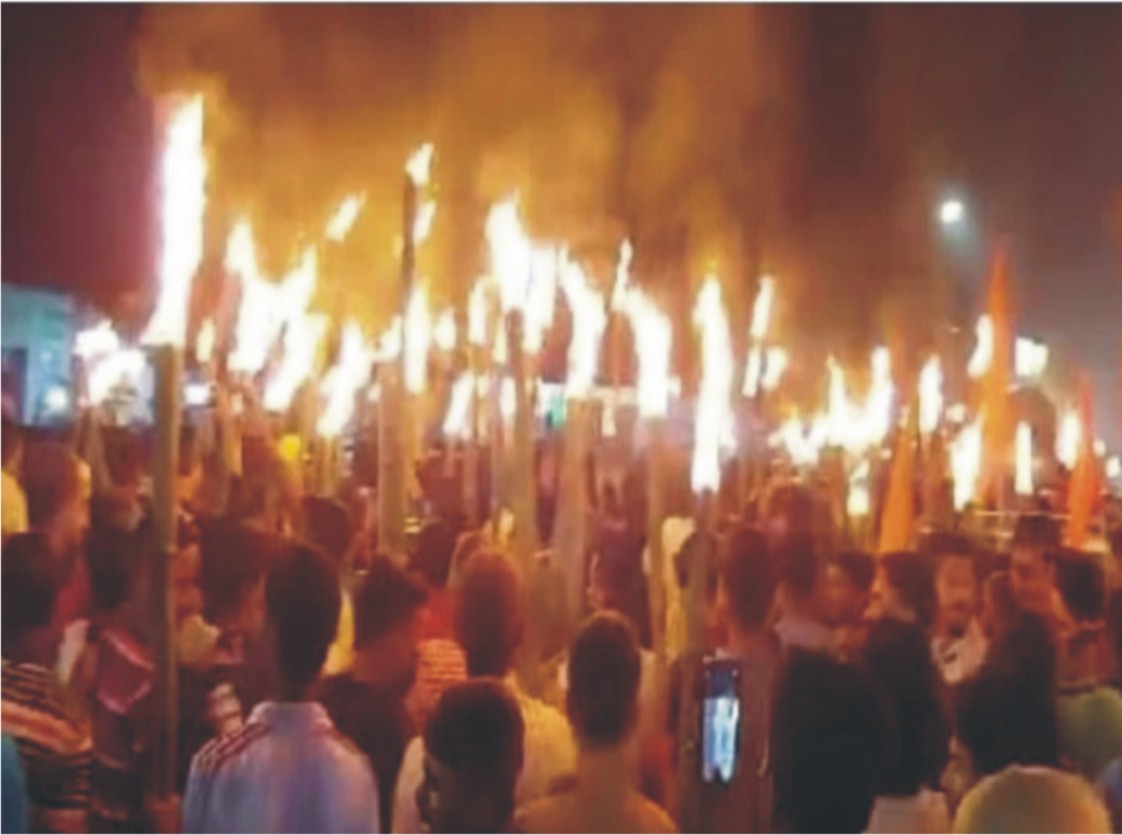 Intolerance is a Sure Way to Destruction

The Constitution of India gives freedom to all its citizens to follow whichever religion they prefer. This was followed in principle till 2014 because the secular parties ruled India. But today, this freedom is under attack from those who are not aware of their religious books and religious idealogy. These persons are creating anarcy in the name of the same religion which they have not understood. In the name of religion, they are showing intolerance towards other religions. The political parties are only interested in acquiring political power, whether through a peaceful or communal divide. Today intolerance has gone to such an extent that no one is prepared to tolerate any word against his religion and belief. Without understanding their religion, they start agitation and go to the extent of killing each other. That is the case with Muslims throughout the world. Suppose an insane person speaks or writes anything against Islam or the Quran. In that case, the majority of the muslims in the Muslim countries start agitating in the streets, closing their businesses, burning their vehicles and shops, pelting stones at the police who try to calm them, getting arrested on hooliganism, and then accusing their leaders of not getting them released. Agitations are started by those persons who do not understand and follow their religion. Those who read and understand Quran, Bible, vedas, and Upanishads never commit atrocities on others. Some of our religious leaders also take part in stoking this fire. Recently we found this example in Bangla Desh where some miscreants, based on some false reports, burnt some religious places and pendals of non-muslim minorities. These mad persons failed to understand the repercussions it would have on the muslims in other countries. Whatever has happened in Tripura today against the muslims, where some mosques, shops, and houses of muslims were burnt and destroyed, is the repercussion of what happened in Bangla Desh. No doubt the Govt of Bangla Desh has taken stern action and arrested the miscreants, but it has not prevented the minorities from being targeted in Tripura, close to Bangla Desh. The innocent muslims of Tiripura had to bear the wrath of the communal forces . I agree that this is wrong. What happened in Bangla Desh should not be a cause to take revenge on the innocent muslims of Tripura. But this is a ground reality which we all must accept. In the last 1400 years, some people have criticized Islam and the Prophet, but nobody started a war or punished everyone. Then why now, why this intolerance, and why are these agitations? Seeing this intolerance of muslims, everyone in the world has realized that if you want to destroy muslims one need not wage a war, but just instigate a mad man to say or write something against Islam, muslims will destroy them selves by way of agitation, burning and destroying their own properties and going to jails. The way innocent people are targeted and killed in this world I have no doubt that if Allah wishes to shower His wrath on these people, He will start it with the religious people because these people failed to hold the hands of the terrorists and failed to stop the destruction of the statutes and stop the bombing of sacred places. Given this, I suggest that every muslim in every country must think of the repercussions our actions will have in other countries. If any innocent person is lynched or troubled by any goonda, one should use his right to defend himself and hold him till the police come and take him into custody. This is our constitutional right.

(The author can be contacted at [email protected])