Islamic Voice 0 June, 2017 12:00 am
What On Earth Are We On Earth For?
The Beauty and Wisdom of the Sufi Teaching on ‘Tawakkul’ or Divine Surrender
How 1 Minute a Day can Increase Your Joy!

There are many things that we consider as a way of life, and do not think twice about their relevance to sin or purification.
Eating heavy and late dinners especially at wedding receptions is a common feature of society. 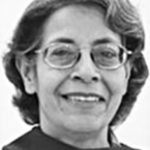 By Nikhat Sattar
The core of the Islamic faith is purification of the self (tazkiyah-e nafs), which means that human beings must keep both their bodies and souls clean, since one affects the other directly. A pious person is not one who keeps himself dirty and unkempt, unaware of his surroundings, dress and bodily needs. In fact, cleanliness and the concept of purity of both body and nafs have been ingrained in the Muslim psyche through instructions of the Quran and ahadith of the Holy Prophet (pbuh) and his practices (Sunnah).

Bodily Cleanliness
According to scholar Amin Ehsan Islahi, the ultimate objective of religion and Sharia and the real purpose of sending prophets was performing and teaching tazkiyah. It is within the nature (fitrah) of humans that they must keep themselves physically clean, and in Islam, this cleanliness takes the form of
a) ritual washing or ablutions at the time of prayer;
b) keeping the body, clothing and surroundings clean
and
c) removing any dirt or grime from the body.
Bodily cleanliness is so significant in Islam that washing or rubbing with clean stone or dust (tayammum) is compulsory for prayers if no water is available. The Prophet (pbuh) is reported to have said: “Allah is pure and likes purity; He is clean and likes cleanliness; He is generous and likes generosity; He is hospitable and loves hospitality, so clean your courtyards.” (Tirmidhi)

We Must Take Practical Steps to Purify Ourselves
But while dirt and grime are visible and easily removed, it is less obvious for one to observe the spots on one’s nafs. The word is used in the Quran in the meaning of desires, attributes, feelings, emotions leading to actions. These exist also within beasts, such as anger, carnal desire, hunger and thirst.

Distinguish Between Right and Wrong
When human beings submit to their desires without putting any limits or boundaries, they are using their nafs-e ammara. God has given humans the capacity to do wrong and commit sins as well as to distinguish between right and wrong and correct themselves. As it is stated in the Quran: “By the soul, and the proportion and order given to it; And its enlightenment as to its wrong and its right”Truly he succeeds that purifies it, And he fails that corrupts it!” (91:7-10).
When one realises that one has committed a sin and regrets and repents, his nafs begins to purify itself and evolves into the nafs-e lawammah. The third and the most desired type of nafs is the nafs ul-mutmainnah, which is the state reached at which the person and God are satisfied. The Quran says: “(To the righteous soul will be said:) ‘O (thou) soul, in (complete) rest and satisfaction! ‘Come back thou to thy Lord “ well pleased (thyself), and well-pleasing unto Him!” (89:27-28)
The evolution of the nafs from one of ammara to mutmainnah is the process of tazkiyah and is entirely within the power of human beings. One should first determine one’s own weaknesses and strengths to assess where the inclinations for sins begin. It is important to recognise that there are several actions or feelings that may be harbingers of sin.
There are many things that we consider as a way of life, and do not think twice about their relevance to sin or purification.

Waste of Food
Eating heavy and late dinners especially at wedding receptions is a common feature of society: think of how difficult it becomes to wake up for fajr the morning after, let alone the waste of food which is strictly forbidden.
We post scandalous stories and comments about other people on social media and delight in reading these without any proof. Every day, we face incidents of traffic violations on the road. As shopkeepers, accountants, traders, business owners, agriculturists, professionals etc, we spend most of our waking hours in trying to come up with ideas to make a quick buck, even at the cost of the rights of others. We spend endless hours in gossip, not only wasting precious time but also casting aspersions on others and making allegations about other people about whom we know little.
If we are conscious of the temporary nature of our existence and believe that we are answerable to God, we must think of undertaking some practical steps towards our tazkiyah. This may involve not only daily prayers and fasting, but also reading the Quran with understanding, contemplating our daily errors at the end of each day and repenting, restraining ourselves from negative emotions and adopting a kind and compassionate attitude towards every living being on earth.
Essentially, this also means a simple lifestyle, using resources only to the extent that we need and giving as much as we can to others. How dirty our nafs would be otherwise!