Right of Choice and Freedom of Conscience

Islamic Voice 0 April, 2017 12:00 am
What Have They Done To My Hajj?
Divine Help Descends – When One Is Determined In His or Her Objective
Man’s Selfishness

Islam has a pluralist vision with a variety of faiths coexisting with each other. 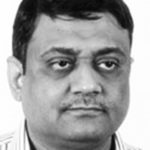 The Quran, the foundation of Islam, envisions a society in which all people could freely express and practise their respective faiths and where believers in Islam and non-believers, live together. The Quran does not preach coercion or eliminating non-believers.
The Quran gives the right of choice and freedom of conscience to mankind. There are many verses in the Quran in which God has reminded the Holy Prophet (Pbuh) that his job is only to convey God’s message to the people.
The Quran describes a pluralist world. Surah al-Kafirun, Verse 6, asks the Prophet to say to the pagans of Makkah: “For you is your religion, and for me is my religion.” According to the Quran, each person is responsible for his own beliefs and actions, and not of others.
Diversity of Mankind
God has desired diversity for mankind as is evident in Verse 48 of Surah al-Maida: “To thee We sent the Scripture in truth, confirming the scripture that came before it, and guarding it in safety: so judge between them by what Allah hath revealed, and follow not their vain desires, diverging from the Truth that hath come to thee. To each among you have we prescribed a law and an open way. If Allah had so willed, He would have made you a single people, but (His plan is) to test you in what He hath given you: so strive as in a race in all virtues. The goal of you all is to Allah; it is He that will show you the truth of the matters in which ye dispute.”
The Quran exhorts the fact that God has given freedom to individuals in choosing their faith. Verse 149 of al-An’am says: “Say: “With Allah is the argument that reaches home: if it had been His will, He could indeed have guided you all.”
In the words of scholar Muhammad Asad, the obvious implication of the verse is that God has willed it otherwise: namely, that He has given man the freedom to choose between right and wrong, thus raising him to the status of a moral being in distinction from other animals, which can only follow their instincts.
The oft-quoted verse 256 of Surah al-Baqarah, La Ikraha Fiddin, unequivocally supports the freedom of religious belief in Islam. The verse reads: “Let there be no compulsion in religion: Truth stands out clear from Error: whoever rejects evil and believes in Allah hath grasped the most trustworthy hand-hold that never breaks. “¦”
Through this example, it has been established that Islam does not approve of forced conversion.
At several places in the Quran, God asks the Prophet to restrict himself to conveying the divine message and not to worry about those who dismiss Islam. In Surah al-Ghashiyah, Verses 21 and 22 state: “Therefore do thou give admonition, for thou art one to admonish. Thou art not one to manage (men’s) affairs.”
Similar words appear in four other places in the Quran, namely, Verse 40 of Surah al-Raad, Verse 12 of Surah Hud, Verse 188 of Surah al-A’raf and Verse 45 of Surah Qaf.

Beliefs and Actions
According to the Quran, each person is responsible for his own beliefs and actions, and not of others. In Surah Yunus, Verse 41, God says: “If they charge thee with falsehood, say: “My work to me, and yours to you! Ye are free from responsibility for what I do, and I for what ye do!”
Surah al-Nisa’s Verse 84 makes the same assertion: “Then fight in Allah’s cause “ Thou art held responsible only for thyself. “¦”
Every individual is free to live a life based on his own choices and decisions. In Surah al-Imran, Verse 20, God says to the Prophet: “So if they dispute with thee, say: “I have submitted My whole self to Allah and so have those who follow me.” And say to the People of the Book and to those who are unlearned: “Do ye (also) submit yourselves?” If they do, they are in right guidance, but if they turn back, Thy duty is to convey the Message; and in Allah’s sight are (all) His servants.”
The Quran teaches us that it is only upon God to guide a man to the righteous path. In Surah al-Qasas, Verse 56, God says: “It is true thou wilt not be able to guide every one, whom thou lovest; but Allah guides those whom He will and He knows best those who receive guidance.” The same point has been reiterated in Surah al-Najam’s Verse 29 and Surah al-Baqarah’s Verse 272.
It is quite evident from the Quran that Islam has a pluralist vision with a variety of faiths coexisting with each other.