The Transcendent and His Names

Islamic Voice 0 December, 2015 12:00 am
Church council condemns Delhi violence, pledges support for victims
Identification is Misery
What On Earth Are We On Earth For?

The search for God and the sense of “the need of Him” may also arise from the indefinable work of looking inward that is required of each of us. 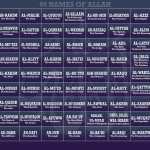