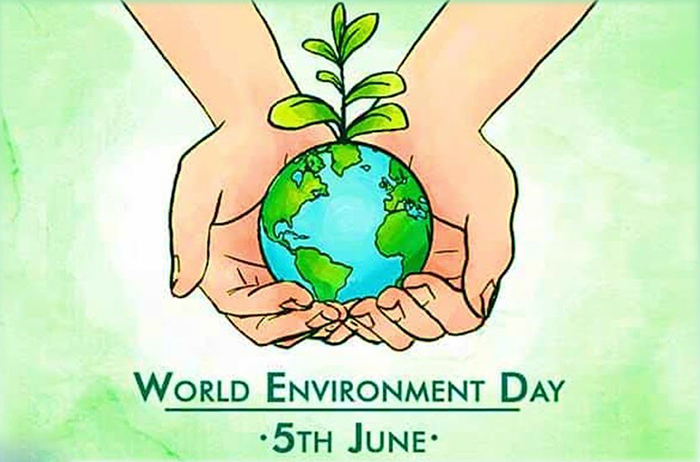 How Humans Damaged The Environment

June, 5 is globally observed as “World Environment Day”. The purpose of this is to enhance awareness about the dangers of the deterioration of the environment and to motivate people to participate in its improvement.
The first major UN conference on international environmental issues was held in Stockholm, Sweden, from June 5-16, 1972. The first day of this “Stockholm Conference” was declared as “World Environment Day” (WED) by the United Nations General Assembly. The first WED was observed in 1974, in the city of Spokane in the USA with the theme “Only One Earth”. In 1987, the idea of rotating the center of this activity was introduced, and since then, every year, a new host country, with a new theme, is declared.
When Did It All Begin?
From its formation onwards, the earth has continued to evolve under climatic influences.It is believed that earlier factors which influenced the earth were mainly natural, climatic or geological. But in the present age, the human- induced influence is the main force which is affecting Earth. Today, this phenomenon has peaked. Major water bodies are polluted. The air is loaded with all sorts of industrial and automobile exhausts. Radiation dose is beyond permissible limits. So is noise. Soils are either alkaline or acidic due to chemical waste discharged untreated by thousands of industries. To put it simply, the environment is no more virgin: it has been impregnated by all sorts of gases, chemicals and radiation resulting from human activities.
Although the first human beings may have appeared on Earth between five to seven million years ago, the first life forms are believed to have originated 3.4 billion years ago. Initial life forms were anaerobic, i.e., they did not need oxygen to survivea. Their main role was to cleanse the environment and make it suitable for other life forms which were to follow them.
Oxygen appeared on earth between 2.5 and 2.3 billion years ago, and with this “oxygen revolution”, life, as we see predominant today, appeared. Scientists believe that during this time, Earth was ‘prepared’ to support life, as we know it. There was water and oxygen in plenty, and so were forests, animals and micro-organisms to maintain different biological cycles for re-cycling and regeneration of nutrients, minerals and water.
Since last 2.5 billion years, planet Earth has been supporting life, which kept on evolving and adding better-adapted life forms of plants and animals. Scientists believe humans appeared some five million years ago and enjoyed all the natural resources and bounties for a very long time without causing any major and perceptible damage to environment. The story changed in the last millennium, however. In slighatly more than five centuries, human beings’ “development” activities destroyed the natural balance and life support system they inherited on this planet.
Doesn’t it sound shocking that the natural balance and life support system which nurtured humans for more than five million years has been destroyed by them in just five centuries!
Spiritual Insights
The Quran tells us how to handle ourselves and our environment. It tells us that God has prepared earth for all creatures (55:10), that whatever resources are thereon this planet are for all (2:29) and that they have been sent in due measure. God forbids us from spreading any sort of corruption, disorder, inequality or imbalance on earth when He has set it right.
The Quran condemns the mischief which results in chaos or disorder or fasad and forbids it. Destroying the ecological balance is a major form of fasad. The people who create any sort of mischief, chaos or disorder are called mufsideen. Those who take corrective steps to undo the damage and to ameliorate the bad situation are addressed as musliheen in the Quran. Such steps or deeds of goodness are called aml-e sualeh. Helping protect and preserve the natural environment is a great deed of goodness. It is, however, surprising that the majority of Muslims (individuals, societies as well as countries) show no active interest in preserving the environment. Preserving the environment has not been given due attention and has not been taken, as it should have, as an act of ibadah or submission to God.
It is obvious that the issue needs much more attention, commitment and action than it has got. As followers of Islam, we must do what we can to preserve and protect the natural environment and the ecological balance.

The author is based in New Delhi