Islamic Voice 0 October, 2015 12:00 am
Nov. 10 to be ‘Tipu Day’
Corporate Social Responsibility
Love and Peace Makes All Faiths Go Around!

A Humble Farmer Reaps a Sunny Harvest
By A Staff Writer 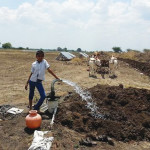 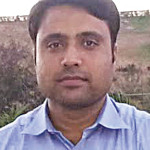 Vijayapura (Previously Bijapur): Farmer Imamsab Tikoti was facing a gloomy future two years ago. His 26-acre farm in Honawad village, 35 kilometres east of Vijayapura, could raise just one crop a year during the monsoons. Often the rains too would give a miss and he would be barely able to manage the cost of farming. There were no rivers around the place and the harsh sun would desiccate the land to dust for most part of the year.
Imamsab thought of installing a pump to draw underground water that was available at 400 feet. But Honawad had no electricity and HESCOM (Hubli Electric Supply Company) demanded Rs. 10 lakh to draw lines to the village from a transformer two kilometers away. Imamsab did not have that kind of money to do that.
Dastagir Walikar, a businessman from the same village who lived in Vijayapura, advised him to install solar panels to generate electricity. All that he needed was to install 20 solar panels of 3 ft by 6ft each. The cost of the panels and the installation worked out to Rs. 3.90 lakh. The installation was done two years ago. A borewell energized by the solar power, was drilled in a corner which began drawing water from the ground.
Today Imamsab’s farm stands metamorphosed into a lush green field with sugarcane standing tall. Water is available all through the year. Walikar says the 360 sq. ft of solar panels generate 5kWh of power (i.e., 30 to 35 units) on a typical sunny day. There are no additional costs once the panels are installed. Renewable energy descending down from the sun comes free and uninterrupted.
Walikar told Islamic Voice, he has so far been able to install solar power sets in 15 farms in the surrounding villages which together produce 75 kWh of power (around 450 units) a day. Going by the current cost of Rs. 9.56 per unit, these solar panels produce power worth Rs. 4,500 a day.
Farms in Vijayapura district are famous for producing good quality grapes, pomegranates and sugarcane. The synergy between the humble farmer and the persuasive businessman in Walikar has brought about a change. Walikar says, it is difficult to convince everyone about the virtues of renewable energy. But people like Imamsab (who is just a 10th standard pass farmer) are exceptional and are worthy of emulation. Walikar can be contacted at 0-96203-13193.