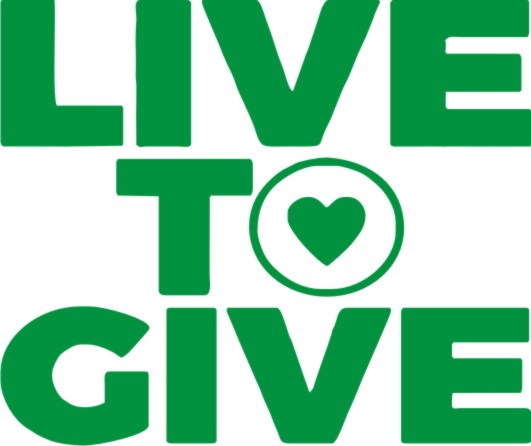 The Giving Spirit of Islam

You have not lived today until you have done something for someone who can never repay you.

The idea that helping others is part of a meaningful life has been around for thousands of years. Aristotle wrote that finding happiness and fulfillment is achieved “by loving rather than being loved.”

Having lots of money doesn’t necessarily make you happy. But giving away money – even if you’re not rich – is likely to make you feel wealthier and thus happier. More and more people are developing the vision of voluntarism, a powerful trait that generates the most powerful benevolent human impulses. These people realize that their life belongs to the whole community, and as long as they live, they should do whatever they can for others. They believe that giving takes them out of themselves and expands beyond earthly bounds. Working for others gives us inner strength, and making them feel more valued elevates them and us morally and spiritually. As Winston Churchill emphasized, “We make a living by what we get, and we make a life by what we give.”

For Muslims, charity is a central aspect of faith and practice. In Islam, a culture of giving is interwoven into the fabric of its modes of worship, and it is one of the five basic requirements (arkan or “pillars”) of Islam. It connotes the path to purity, comprehension of material responsibility, and a heightened sense of spirituality.

The centrality of zakat is underscored by the many times it is coupled with the command for prayer and identified as a continuation of the practice of past prophets. In the Qurʾān, almsgiving is often cited along with prayer as a duty of the Muslim: ‘Perform the prayer, and give the alms’ (Q2: 43, 110, 277). The two are often mentioned simultaneously in the symmetrical rhythm of the Qur’an.

The tradition of humanitarian stewardship and egalitarian values is the foundation of Islamic beliefs. Governed by a worldview in which all things come from God and finally return to Him, Muslims are taught to live as trustees of God’s blessings and spend their wealth accordingly. Islam is a complete way of life, and one important facet is that there is a duty to serve those who are less privileged than us.

The real magic of giving lies in the way you give. It must not be with an eye on the returns, but because you want to give. Giving with motives attached nullifies not only one’s happiness but also burdens the receiver, making the other person come under the pressure of an obligation. You should give with your whole being, with your whole heart – remember, half a seed cannot germinate.
Anonymous benevolence directed to causes that, unlike people, can give nothing in return is the highest form of altruism. It is seen as the noblest of human impulses, and no wonder most religions promote it. Charity, selflessness, sacrifice, mercy the act of giving is nothing short of spiritual renewal.

The real magic of giving goes even deeper than that momentary sublimation. As Simone de Beauvoir emphasizes: “That’s what I consider true generosity: You give your all and yet you always feel as if it costs you nothing.”

We also have to change the present culture of charity as it makes the giver feel superior and the recipient a bit inferior or lesser. Charity inherently places some of us as givers of money, material, expertise, solutions, etc. and the poor as recipients of this ‘help.’ This unequal paradigm of charity cannot lead to sustained deep-rooted development.

Deeply embedded in the concept of charity are the notions of welfare, altruism, and justice, which can be seen as harnessing the human potential to resolve insurmountable challenges humanity faces. It is God’s way of ensuring the re-distribution of the wealth He has placed in our possession. This mechanism can balance disparities between people and possessions. As every person has equal access to God in all moments, there should be no barrier preventing individual assets bestowed by God from being shared between people. Thus, charity is not just an instrument of economic justice; it also helps in breaking social barriers. The rich experience an affinity for the poor.

A unique feature of our social bond is that most of those who give will probably never meet those whom they give to. The motivation isn’t because of kinship rooted in socially constructed relationships, and it is the kinship that branches out of the sole creator for all mankind. Service rendered unsolicited is the most fulfilling and elevating. True giving always respects and preserves human dignity.

Every giver possesses two disconnected commodities: wealth and convictions. Alone, they have no spiritual value. But the alchemy of these virtues can empower those comfortably placed in life to transmute the dross of their wealth into the gold of a happy human community. Abraham Lincoln puts it more succinctly:” To ease another’s heartache is to forget one’s own”. Whatever pushes us to help others – to get close to people in need, in pain, or to spread joy through our energy, time, and sweat – it is something that deeply touches and nourishes our soul. It helps create a better world – for the future of all of us.

What also matters is the way you give. It is essential that giving should not be with an eye on returns but should be driven solely by the desire to give. Giving with motives attached nullifies one’s happiness and burdens the receiver with a feeling of obligation.

The motto of the world’s pioneer social service organization, Rotary International, is worth quoting: “He perfects most who serves best “. Each individual has to rise above his own petty goals and think of the larger humanity upon which his prosperity depends.

Governed by a worldview in which all things come from God and finally return to God, we are trustees of God’s blessings. The spending of wealth for the sake of God purifies the heart of the love of material wealth. In a way, the man who spends of his wealth affirms the truth that nothing is dearer to him than the love of God. The equitable division of the bounty of God is now being seen as a cardinal moral and social obligation for every citizen.

When asked to express the key to happiness in one word, Confucius replied, “It is altruism.” And what is altruism? It is a total orientation away from self to the good of others, to sharing the joys and sorrows of the whole world.

In serving others, we feel how similar we are as human beings, bound and interconnected by a shared feelingan emotion or an understanding of something that is often inexplicable. It is a feeling that cleanses away the dross of everyday material life from the soul. To use the words of Albert Schweitzer, “I am a life that wants to live, in the midst of life that wants to live. . It makes us more accepting, less judgmental, and kinder to ourselves and others.

Mankind’s faith in God and human beings is revealed in acts of kindness, brotherhood, or sisterhood in our day-to-day lives. It does not require us to display heroic acts of courage and fidelity. On the contrary, it is the day-to-day commitments to our near and dear that underline real charity. We do not have to go out and look for an opportunity, and it stands before us all the time, and we need only to do (well) the work we have been giventhe real spirit of serving lies in doing it without leaving a trace of one.

Charity can, however, lose its moral value and become suspect if it becomes a thinly disguised form of imperialism, the assertion of power, like assuaging of guilt. the great charitable philanthropists of the 19th century, the founders of schools, and universities, hospitals, the industrial giants of their day, came to be denigrated primarily because they believed could mask their dirty acts

The great American President Franklin D. Roosevelt gave us a wonderful mantra way back in 1937. It is more relevant today than ever before: