Islamic Voice 0 September, 2019 12:00 am
The History of Muslims in New Zealand
Hazza Al Mansouri: The First Emirati in Space
Two Iranian Universities May Set Up Chair in Guru Nanak’s Name

The academic dominance of the Muslim world has declined after its ancient scholars rejected the pursuit of secular knowledge, Malaysian PM Mahathir Mohamad has said in his opening speech to a higher education council in Ankara (Turkey). The rejection, Dr Mahathir said, came following a fatwa, or religious decree by those scholars, deeming secular knowledge such as mathematics and science as having no merit for the afterlife. In comparison, he said that European powers had instead acquired the knowledge previously pioneered by the Muslim world and subsequently took a leap over the latter. Dr. Mahathir critiqued modern Muslims for simply parroting other scholars and taking their interpretations of Islam for granted. He also reiterated his message that religious terrorism and jihadism go against true Islamic teachings. Dr Mahathir was awarded an honorary doctorate from the Ankara Yildirim Beyazit University following his speech. 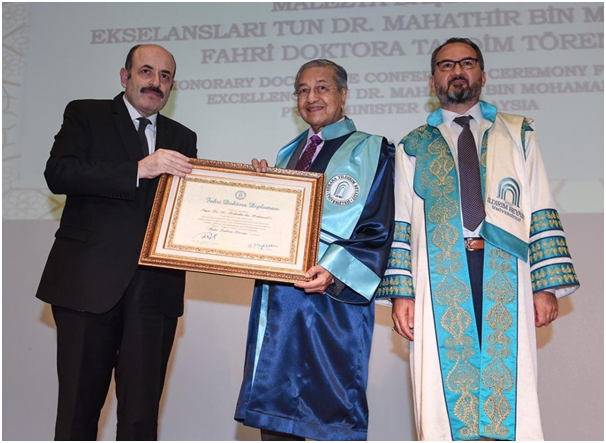