Craig Considine on Some Shared Ground between Islam and Christianity

Christians and Muslims share an obligation to seek out knowledge and apply that knowledge in good faith for the betterment of humanity. 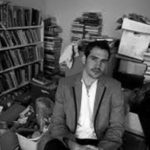 Politicians and anti-Muslim activists frequently take to audiences and websites to criticize the term “jihad” as a form of Islamic supremacism, oppression, and violence. Muslim extremists, on the other hand, argue that “jihad” refers to a “holy war” against non-Muslims. Viewing the term “jihad” though these frameworks alone, however, would be playing into the hands of extremists who forego the other elements encompassed by the term “jihad.”
In Islam, “jihad” has several different components, which include personal struggles, such as the struggle against an addiction; social struggles, such as the struggle to become tolerant of others; and occasionally a military struggle, if and when necessary in self-defense. When asked, “What is the major jihad?” Prophet Muhammad replied: “The jihad of the self (struggle against the personal self).” Contrary to the rhetoric and misinformation about “jihad” in anti-Islam networks, Muhammad did not say that the violent struggle was the most important form of “jihad.”

Common Characteristics of “jihad”
The hype in America and abroad over “jihad” has brought me to consider the term through a Christian perspective. In this piece I seek to do two things”explore how forms of “jihad” are present in Christianity and pinpoint different ways of looking at “jihad” in Christian and Islamic texts. Doing so can help find common characteristics of “jihad” so that Christians and Muslims can build bridges of mutual understanding and tolerance.
Although the term “jihad” is not literally used in Christian scripture, the idea of struggling is at the very heart of Christianity. There are a number of instances in the New Testament which provide guidance for Christians who are struggling with different problems or dilemmas in their lives.
Struggle against the Desire
One major aspect of the Christian “jihad” is the practice of non-violence. When the Roman soldiers arrested Jesus and brought him to Pontius Pilate, the man who contributed to Jesus’ crucifixion, Jesus said: “My kingdom is not of this world. If it were, my [disciples] would fight to prevent my arrest by the Jews. But now my kingdom is from another place” (John 18: 35-36). Violence, therefore, is antithetical to Jesus’ teachings. He did not require his followers to take up arms to show commitment to his teachings. Indeed, it was quite the opposite. In Matthew (26:53), Jesus told his followers that “… for all who take the sword will perish by the sword.” Jesus, as you can see, encouraged his disciples to struggle against the desire to use force when frustrated or antagonized.
Similarly, the Islamic holy scripture also encourages Muslims to struggle against the use of violence. The Quran (5:32), for example, notes that “…. If anyone slew a person unless it be for murder or for spreading mischief in the land it would be as if he slew the whole humanity: and if anyone saved a life it would be as if he saved the life of the whole humanity.” In another Quranic (2:190) passage, Muslims are told to “fight in the case of God those who start fighting you, but do not transgress limits (or start the attack); for God loveth not transgressors.” It is clear that these two passages echo the Christian “jihad” of struggling in the name of non-violence.
Another element of the Christian “jihad” is to show love for those around you. Jesus wants Christians to “love your neighbor” and even beyond that, “love your enemies,” a point which arises in Luke (6:27). In Matthew (5:9), it is written that peacemakers are blessed, “for they will be called sons of God.” The New Testament demands that Christians struggle in the fight for peace, even if it means embracing your sworn enemies and those who wish to harm you.

Speak Well of Others
The Quran also requires that Muslims search for ways of making peace instead of war. Muslims, for example, are required to speak well of others even if they are not believers of Islam. In the Quran (17:53-54), it is written that Muslims must “speak in a most kindly manner (unto those who do not share [your] beliefs).” There is also no way a Muslim can force others to believe in Islam, as the Quran (2:256) mentions that “there is no compulsion in religion.” The “jihad” in these contexts is one in which Muslims have to work on treating non-Muslims with respect and dignity.
The Christian “jihad” also requires that Christians do not retaliate “evil for evil.” Romans (12:17) demands that Christians “live at peace with everyone.” People who call themselves Christians, yet call for the demise of Islam and anything related to Muslims, should heed to the demand of this verse and search for ways to build bridges for peace instead of fanning the flames of hatred and bigotry. In a similar way, Muslims who call for violent “jihad” should remember that the Quran (4:9) asks Muslims to leave others alone if they leave Muslims alone: ” refrain from fighting… and offer [them] peace, then God gives you no way to go against them.”
The Christian “jihad” can be explored further in the wisdom left by Jesus’ disciples. Peter, for example, is considered “the rock” of Jesus’ church because he spoke about the struggle to maintain the Christian faith at all costs. In 2 Peter (3:14), he stated “… make every effort to be found spotless, blameless and at peace with [Jesus].” In this verse, Peter is highlighting one of the ultimate aims of Christianity — avoid wrongdoing and own sins. A true Christian such as Peter cared more for fixing his own transgressions rather than attacking others for their sins. He encouraged Christians to struggle with overcoming their personal dilemmas first before bickering and complaining over the errors of others. In essence, he believed progress is rooted in the individuals’ ability to change their attitude and behavior in struggling to adhere to the teachings of Jesus.
In addition to Peter, Paul of Tarsus, another disciple of Jesus, also embraced the Christian “jihad.” Paul made “every effort to do what leads to peace” (Romans 14:19). In Timothy 6:12, he encouraged Christians to “Fight the good fight of the faith,” which can be interpreted as spreading peace and love in the spirit of Jesus. In addition, in 2 Timothy (4:7), Paul stated, “I have fought the good fight, I have finished the race. I have kept the faith.” There is an inherent non-violent tone in these statements. Never did he ask Christians to take up the sword or use violence as a means of showing faith in Jesus.

Quran’s Frequent Emphasis on “ilm”
Moreover, in 2 Peter 1:5-7, Peter stated that a Christian must “make every effort to add to your faith goodness; and to goodness, knowledge; and to knowledge, self-control’ and to self-control, perseverance; and to perseverance; godliness; and to godliness, brotherly kindness; and to brotherly kindness, love.” Peter’s emphasis on doing good and searching for knowledge mirrors the Quran’s frequent emphasis on “ilm,” which means “knowledge” in Arabic. Indeed, few religions in the world place so much emphasis on knowledge as Islam. “Knowledge” is mentioned more than 700 times in the Quran.
In the Quran (58:11), God raises in rank “… those who have been given knowledge.” Muhammad also emphasized knowledge in a hadith, or saying of the Prophet, in which he said that “Seeking knowledge is a must for every Muslim, male or female, from cradle to grave in any part of the world.” Muhammad also stated in another hadith that “the ink of the scholar is more sacred than the blood of the martyr.” Christians and Muslims, therefore, share a similar “jihad” in terms of their obligation to seek out knowledge and apply that knowledge in good faith for the betterment of humanity.
Jesus, like Muhammad, taught his disciples and future believers that struggling is a fundamental element of the Christian faith. He told his disciples to “strive to enter in at the narrow gate…”, which mirrors the popular Muslim notion of staying on the “straight path” and maintaining dedication to practising Islam to the best of one”s ability. Ultimately, Christians and Muslims are guided by their scripture to persevere in the face of their struggles. They are encouraged to struggle in this life, to maintain belief in God, in exchange for a higher reward when this life inevitably ends.
In essence, Christians and Muslims share a similar “jihad.” This “jihad” is one of nonviolence, the love of humanity, the perfection of the soul, and the search for knowledge.
(Craig Considine is a US-based Sociologist, Speaker & Writer)