The shift in focus of religion from an ethical guide to policing of appearances (dress codes, rituals) is a curious phenomenon “ a virus that seems to have seeped its way into mainstream Muslim consciousness. 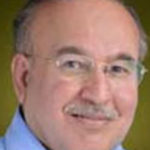 “Why do you not keep a beard?” I am often asked,
Some have more forcefully tried to convince me that it’s feminine to have a clean shave. “If you keep a beard, I will be automatically drawn towards you because you’ll be fulfilling a Sunnah,” a bearded man who befriended me   exclaimed to me. But it surprised me that the gentleman never bothered to actually get to know me; if he did, he would have found a man striving to lead an ethical and moral life and someone who was seeking   the authentic path to morality. But that didn’t really matter to him. I didn’t sport a beard, I was a condemned Muslim. For him visible marks of morality were more significant that invisible signs of chastity.
These are   a few of the things that others feel are essential prerequisites for a place in heaven. If the true measure of faith for men is a four-finger beard and for women is to wear hijab, covering every lock of their hair, then what about the Prophet’s teachings: “The most excellent jihad is that for the conquest of self. And the most authentic morality is the morality and chastity of the conscience”?
Physical Evidence of Piety
The affinity for addressing minor but highly-visible issues at the expense of addressing more pressing and fundamental ones is a favourite pastime of those highly obsessed with the physical evidence of piety. I firmly believe in every speck of Prophet’s teachings but we should not be selective in propagating it, and should properly weigh the importance of each of them. Islam is a comprehensive code of conduct which has to be viewed in its whole and not in its parts. A model Islamic ideal is one that embodies the basic essence of the Qur’anic code. Moderation is the capstone of the Islam.
There is an authentic saying of the Prophet:
“You live in such a time that if any of you abandon even a tenth of what you are enjoined, you will be ruined. But a time will come when, if a person fulfils only a tenth of what is enjoined, they will be saved.”-
(Tirmidhi, Book 34: Fitan (Sedition), Section 79, No. 2267)
Prophet Muhammad said, “Every religion has a chief characteristic and the chief characteristic of Islam is modesty.” Even though we, as Muslims, have become obsessed with women’s modesty, modesty is a virtue for both men and women. In fact, the Prophet himself was described as being the epitome of modesty in his behaviour with people. When the Qur’an tells believers to lower their lustful gazes and guard their chastity”important aspects of the modesty tradition”it begins by commanding this to men before women (Q 24:30-31).

An Awareness of Divine Presence
The Arabic word for modesty is hayaa. The interesting thing about this word is that it is linguistically related to the Arabic word for life (hayat). Muslim scholars and sages have taken from this that there is an intimate connection between the two terms. Modesty, it is said, is the virtue that gives spiritual life to the soul. This connection between spiritual life and modesty exists because the virtue is not just about outward appearances; rather, it is tolerance first and foremost about the inward state of having modesty before God”meaning an awareness of divine presence everywhere and at all times that leads to propriety within oneself and in one’s most private moments. Outward modesty means behaving in a way that maintains one’s own self-respect and the respect of others, whether in dress, speech or behaviour. Inward modesty means shying away from any character or quality that is offensive to God. The outward is a reminder of the inward, and the inward is essential to the outward.
Women’s dress is a favourite subject of religious bigots of all hues with their own notions of morality. Everyone wants to talk about the “moral values” attached to women’s dress or the “purity” of their attire that “go against the parameters” laid down by the moral police. Nobody is interested in discussing the more critical issue “ the morality or purity of one’s conscience. Today a woman’s character is defined by her clothes. The real markers like piety and moral fibre are being glossed over in our debased intellectual and moral horizon.

Quranic Injunctions
People often conflate “Hijab” and “headscarf”. Wearing the headscarf is one form of Hijab, but men often forget that Hijab is much more. And at the genesis of the Hijab discussion, the Quran commands men to not stare at women and to not be promiscuous. The Quran 24:31 obliges men to observe modesty: “Say to the believing men that they restrain their eyes and guard their private parts. That is purer for them. Surely, Allah is well aware of what they do.”
When it comes to the clothes of women, everybody seems to be obsessed with it. More than a means to cover one’s body, women’s clothes have become a symbol of oppression for some and a mark of liberation for some others. But, more peculiarly, garments are often used as a benchmark by conservative Muslims to judge the morality of a Muslim woman and her “Muslimness”. There is still no such benchmark for Muslim men who owe a duty of modesty to the Quran whose injunction are as strong for men as they are for women. Indeed, judging by the discourse, one would assume that the primary religious duty of Muslim women is to observe “the dress code”.
From certain imams insisting that earthquakes are caused by women not wearing proper dresses, to muftis excommunicating Muslim women, the intellectual level of discourse that surrounds Muslim women is excruciating, and is more or less concerned only with notions of modesty. By reducing Muslim women to their bodies and pretending that modesty is their primary religious duty, we strip them off their personhood.
We are today in a state of great upheaval. With gigantic and challenging problems such as superstition, sectarianism, bigotry, sectarianism, and patriarchy in Muslim-majority states, we simply cannot afford to divert all our attention to pedantic details of how to worship God “correctly”. If we are at all serious about preventing the so-called fitna (spiritual affliction) we must start addressing the real issue that has long been glaring at us “ attitude towards women.
The shift in focus of religion from an ethical guide to policing of appearances (dress codes, rituals) is a curious phenomenon “ a virus that seems to have seeped its way into mainstream Muslim consciousness. Our religious priorities seem to have shifted from spiritual transformation to very quotidian concerns about rituals and dress codes. This fixation reflects the very cursory manner in which we approach religion.
In the Quran, God declares, “”¦In God’s eyes, the most honoured of you are the ones most mindful of Him: God is all knowing, all aware” (Q49:13).
(Moin Qazi is author of Village Diary of a Heretic Banker and Women in Islam: Exploring New Paradigms).
(Extracted from newageislam.com)