It’s Harder Than Ever to Teach Islamic Art: But Never More Important

Islamic Voice 0 February, 2017 12:00 am
A Perspective from the USA – What’s Missing in the Teaching of Islam
Jamia MoU with Nepal Univ.
6th NGOs Conference

How do we talk about architecture and poetry in a time of misinformation and war? 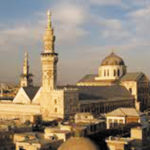 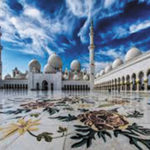 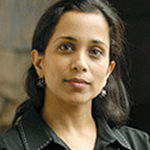 Every year, I take the students from my Islamic architecture course to visit the Islamic art collections at the Metropolitan Museum of Art in New York so they can see the cultural artifacts we’ve discussed in class. In 2013, we stopped to look at an aerial photograph of the 9th-century Great Mosque of Samarra, taken by the British Royal Air Force 100 years ago. The black-and-white image shows the vast scale of the mosque, renowned for having one of the tallest minarets in the world, at approximately 170 feet.
Someone remarked, “Wasn’t this the minaret that was installed with American snipers fighting Iraqi rebels in 2005, and blown up later?” Silence dropped over the group, and we moved on.

Walking Through a Minefield
Teaching Islamic art and architecture can feel like walking through a minefield. Long before “war on terror” was a common phrase, the sites I lecture on were contentious, the evisceration of cultural heritage already underway. In my first class, on Islam’s holiest site, the Kaaba in Mecca, I couldn’t avoid showing images of the sacred monument overshadowed by towering hotels. Old photographs and verbal descriptions have to stand in for the hundreds of Ottoman and early Islamic sites destroyed by the Saudi government to make way for ambitious commercial ventures. The hardest segment is on Iraq; some years I skip the Abbasids, as I am unable to talk about the historic city of Baghdad or the holy shrines in Najaf and Karbala, popular pilgrimage sites that have been targeted in sectarian wars, without tears in my eyes.

City of Peace
Now, with devastating images of human suffering from Mosul and Aleppo filling the news, ancient sites reduced to rubble, and rampant misinformation and anxiety about Islam, it’s more difficult than ever to tell the stories of places as old as civilization itself. The news we receive of Iraq and Syria focuses on military incursions, bombings and the horrific loss of life. In my class, we instead discuss the cultural flowering that took place in the great universities of medieval Baghdad, known as the City of Peace, and the incredible works of literature and science composed there. We are not just surveying the form of buildings or noting their dates of construction; rather, we discuss their political circumstances and the rituals that gave life to them. I want my students to understand that while the Middle East today may be defined by war and strife, not long ago, it comprised great cities, home to poets, artists and craftsmen. And I want them to know that these places are worth saving.

Grandeur of Damascus
By the time my students arrive at the Damascus Room at the Met, the group has already passed through almost 1,000 years of history, exemplified by ornate tiles, intricately painted manuscripts and resplendent carpets. The room is serene, a “winter quarter” decorated in carved and inlaid wood. Poetic verses are written along the walls, making the room appropriate for entertaining or sitting alone reading a book. I’m transported to Damascus, which I visited for the first and last time in 2010, a few months before Syria’s civil war began. It had snowed that winter, and everyone was out celebrating. The majestic villas in the old bazaar “ built in the 18th century by Jewish, Muslim and Christian elite “ had been converted to cafes, their courtyards graced with orange trees and jasmine. It is difficult to re-create for my students the grandeur of Damascus, with its layers of Roman, Umayyad and Ottoman architecture. The city is now divided into sectarian zones and in a permanent state of emergency.
The loss of life in Syria and Iraq is unimaginable; millions have been displaced and perhaps will never return home. But what do we make of the thousands of stories that are erased every time a neighborhood is razed to the ground, every time a historical monument is riddled with sniper fire? We bear witness, we document, we try to educate.
Teaching the architectural history of Iraq and Syria, thousands of miles away and under siege, I am often addressing students who have no links to the Middle East, but who bring their curiosity and willingness to see beyond political rhetoric. Buildings can evoke universal responses, and students imagine serene gardens on a hillside, the feel of cool mosaic floors in an ancient palace, the smell of incense wafting through a shrine. Studying the architecture and culture of a society allows us to recognize the essential humanity in each other, even in those far removed by time and geography.
My classes also include Muslim students who sometimes know the tenets of their religion, but not its history or complexity. A few find themselves at first confused and then awe-struck. Their eyes light up when I talk of the architectural achievements that tell the story of a diverse Muslim faith, spanning from Cordoba to Delhi, from Samarkand to Ghana. They need to know this history most of all, so that they do not succumb to the reactionary propaganda of the Islamic State and others who aim to annihilate the past. They need to know that there is power in building things and that history remembers those who make objects of beauty, not those who destroy them.
The history of Islam, like that of any religion, has never been an easy one. Yet its cultural legacy describes a faith that spans at least three continents and almost two millennia. I speak about the great automatons designed by medieval mathematicians and engineers; of the vibrant literary and artistic culture of Mosul, where Christian and Muslim artists created beautiful works of calligraphy and painting; of the fine-arts academies in Damascus; and of the architectural commissions that lured Frank Lloyd Wright to Baghdad. For the 50 minutes we spend together, my students and I are transported to a world of possibilities. It is an important lesson, of what one day these students will have to rebuild. n
(Kishwar Rizvi teaches the history of Islamic art and architecture at Yale University. She is a Public Voices Fellow with the Oped Project).
(https://www.washingtonpost.com/posteverything)