Islam’s holistic vision of a merger between science and ethics can make a significant contribution to the creation of a revised epistemology of modern science. 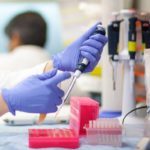 Islam is supportive of scientific research that brings benefit to humankind, but knowledge of science and technology that is harmful is discouraged. Questions have been asked on how Islam relates to science and technology. We respond to this from the perspective of Maqasid, which refers to the higher purpose of Shariah, and the benefits it seeks to realise for the people.
Many have argued that the whole of Shariah is meant to promote human benefits, which are, however, beyond enumeration and too many to count. Muslim scholars have, therefore, identified certain types of Maqasid and classified them from different perspectives. Some of the Maqasid, especially in the Zaruriyaat (essential purposes) category, are taken from a general reading of the Quran and Sunnah, and are, therefore, textually based.

Investigation and Ijtihad
There are five essential Maqasid of Shariah “ protection of life, faith, intellect, property and lineage “ and a sixth is added according to a variant reading. A minority opinion adds protection of honour to the list. Zaruriyaat is only one of several other classifications of the Maqasid, which need not be elaborated here, but only to say that all classes of Maqasid are not scripturally grounded “ some are also based on interpretation and Ijtihad (the effort put in an activity). Yet, it is believed that all of the rulings (Ahkam) of Shariah have their purposes, some of which have been identified in the text and the rest may be discovered through investigation and Ijtihad.
Islam is supportive of scientific research that brings benefit to humankind, but knowledge of science and technology that is predominantly harmful is discouraged. The Islamic view of technology and science is, thus, geared towards the purposes they advance. If science and technology can be used to facilitate better methods of truth discovery, while involving no violation of the Islamic principles, there is no question over their acceptance.
For instance, if new methods of fact finding, such as DNA analysis, can resolve confusion over paternity or identification of war dead, and those who die in a plane crash, this will serve in a better way, the Shariah objective of the preservation of lineage (Nasab), and ties of love and compassion (Sillat Al-Rahim) in the family, who may need to know the facts of death of their loved ones. Similarly, if technology can determine the precise time and location for prayer and fasting in unknown places and outer space, this will be in line with the protection of religion, which is also one of the Zaruriyaat.
Then again, if science can help find a better cure for lethal diseases, this will help to protect life, which is also one of the essential purposes of Shariah. Yet, if scientific research is pursued only to produce weapons of mass destruction for hegemonic purposes, which also exacerbates hostility and conflict among people, this would violate Islamic principles with respect to preservation of life and the building of a safe and peaceful order on earth. It cannot, therefore, be supported in the name of Islam or Shariah. The harm to people would be even greater if a country with meagre resources allocates vastly disproportionate amounts of their national wealth to belligerent purposes when peaceful approaches and policies would offer preferable options.

Human Cloning
Genetic engineering applications that are used to fundamentally alter human nature and constitution is broadly considered a violation and prohibited. Human cloning is one such interference. Whereas the normal child has 23 chromosomes from the mother and 23 from the father, a cloned child has twenty-three pairs of chromosomes from just one person. The Quran, on numerous occasions, refers to the natural way of human creation from male and female, and entitles the child to the care of a mother and father. Human cloning is, thus, a violation of normal family life, which is one of the essential Maqasid.

Industrial Pollution
In a similar vein, propagation of misleading and heretical doctrines and those that entail terrorism and loss of innocent life in the name of religion or jihad violates the Maqasid, both of religion and life.
Scientific evidence shows that the harmful effects of industrial pollution have reached alarmingly dangerous levels that threaten dire consequences for humans and other life forms on planet earth. Persistent violators and biggest carbon emitters should, therefore, be held accountable in line with the Hadith-cum-Islamic legal maxim: “Harm may neither be inflicted nor tolerated in (the name of) Islam.”
When science and technology are informed by ethical norms, they help to advance a humane society and civilisation. Islam’s holistic vision of a merger between science and ethics can make a significant contribution to the creation of a revised epistemology of modern science.
(Mohammad Hashim Kamali is founding CEO of the International Institute of Advanced Islamic Studies (IAIS) Malaysia)
(Extracted from newageislam.com)