Cairo: Beyond the Pyramids

Islamic Voice 0 January, 2013 12:00 am
Istanbul – At the Crossroads of Continents
Malaysia – A Muslim State’s Tryst with Modernity
Flower on the hair – new fashion trend

Cairo’s Old City dates back to the seventh century C.E., when Islam entered the region. It is an archaeologist’s treasure-trove and an anthropologist’s delight-cum-nightmare. 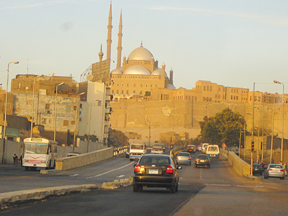