Islamic Voice 0 October, 2017 12:00 am
Lessons from the Golden Era of Andalusia
Rock over night and the Kiss
Muslims in Singapore 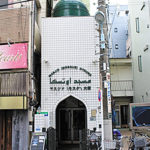 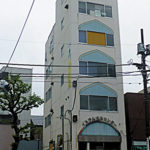 Recently, I was in Tokyo the capital of Japan to participate in the 24th Congress of the International Commission for Optics held during 21-25 August 2017. During the brief visit, I had the privilege to visit two mosques in Tokyo. This enabled me to interact with the Muslim community comprising, both locals and immigrants/visitors. Before reaching the mosque, I relied on the website http://www.qiblaway.com/ to know the Qibla (direction of Kabah) to perform the prayers. Muslims constitute a very small minority in Japan.
The history of Islam in Japan is recorded in isolated documents. The oldest records mentioning Japan in this context are that of the celebrated Persian geographer, Abu’l-Qasim Ubaydallah ibn Abdallah ibn Khordadbeh (820-912 CE). He is also known as Ibn Khordadbeh and Ibn Khurradadhbih. In the years 846/847, Ibn Khordadbeh wrote KitÄb al MasÄlik w’al MamÄlik (The Book of Roads and Kingdoms). This encyclopedic work covers the vast geographic areas now including: South Asia, Malaysia, Indonesia, China, Koreas and Japan.
Leaping into the modern times, we note that the first mosque was built in Japan in the city of Kobe (http://kobe-muslim-mosque.com/). The Kobe Mosque was built in 1935 with the contributions of Indian, Tatar and Japanese financial support. In the year 1938, the capital Tokyo had its first mosque, which is known as the Tokyo Camii or the Tokyo Mosque. The Tokyo Masjid was rebuilt by the Presidency of Religious Affairs of Turkey in the year 2000. These two Masjids were the principle mosques in Japan till the 1970’s. Now, there are over two hundred mosques across Japan. The Muslim population in Japan is estimated to be about 200,000. This is to be compared with the total population of Japan, which is 126 million. There are over a dozen translations of the complete Quran in Japanese, dating from 1920.
For my visit to the Masjid, I had to choose from over a dozen Masjids in Tokyo. The name of Daar Al-Arqam caught my attention due to its name and landmark significance in the early Meccan period (before the Hijrat/Migration of the Prophet (Pbuh) to Madinah). It is to be recalled that the Dar Al-Arqam (House of Arqam) served as the centre, as there was no mosque in Makkah at that time. The Daar Al-Arqam is located in the locality of Asakusa. Hence this Masjid is also known as the Asakusa Masjid/Mosque and is not far from the well-connected Asakusa Metro Station. It was founded in 1992 by the Islamic circle of Japan. Like most Japanese Masjids, Daar Al-Arqam is multi-storied with one floor exclusively for women. And as expected, the Masjid had a good library.
The second Masjid, I visited was the Masjid Otsuka or the Otsuka Mosque, run by the Japan Islamic Trust (JIT). This Masjid is very close to the Otsuka Metro Station. The JIT is vibrant with a variety of activities. The JIT runs an International Islamic School covering Arabic and Islamic Studies along with the regular curriculum. JIT holds regular classes for both Arabic and Japanese languages. The latter is of immense help to the immigrants and visitors. JIT remarkably supervises the burial services at the Yawara Muslim Graveyard, which is about 53km from the Otsuka Masjid. The Yawara Muslim Graveyard has an office and prayer room. The graves are available absolutely free of cost. But the costs of the digging, burial services and maintenance of graveyard have to be managed by the relatives and well-wishers of the deceased. This is a onetime expense of about 1200 US$. JIT is active in the Refugee Assistance Programs, during the calamities and disasters in Japan and beyond! Otsuka Masjid has several social activities like arranging summer camps as an outdoor activity with family and kids during summer vacations.
(The writer is Assistant Professor, Department of Mathematics and Sciences, College of Arts and Applied Sciences (CAAS), Dhofar University, Salalah, Sultanate of Oman)