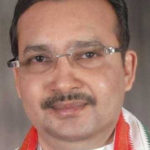 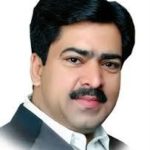 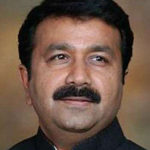 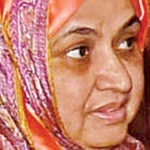 Bengaluru: The Congress party, which released its list of nominees for the Karnataka Assembly elections slated for May 12, has fielded 17 Muslims. Two MLAs of the Janata Dal-Secular Zameer Ahmed Khan (Chamrajpet in Bengaluru) and Iqbal Ansari (Gangavathi-Koppal dist), who rebelled against the party two years ago and joined the Congress in March have also been accommodated among the Congress nominees.
Widow of later Mr. Qamarul Islam, former minister and MLA from Gulbarga North will be contesting from traditional seat of her late husband. A new face is Mr. Syed Zameer Pasha, (IAS retd) who has been given ticket from Kolar town. The name of Mr. N. A. Harris, sitting MLA from Shantinagar (in Bengaluru) which could not find mention in the first list of 218 nominees was cleared for the second list. Syed Yaseen, son-in law of veteran Congressman Mr. K. Jaffer Sharief, was also in the second list.
Mr. Abdul Hameed Musharraf has been fielded from Vijayapura city in place of Dr. Maqbool Baghwan. B. A. Mohiuddin Bawa and Minister U. T. Khader, who currently represents Mangalore City-North and Mangalore respectively and Dr. Rafeeq Ahmed from Tumakur city have been retained for the same constituencies. Minister R. Roshan Baig and Tanweer Sait will contest from Shivajinagar (Bengaluru) and Narasimharaja (Mysuru).
H. A. Iqbal Hussain has been given ticket from Ramanagram. Md. Ismail Tamatgar and Syed Peer Qadri will fight their chances from Hubli-West and Shiggaon respectively. Sitting MLA from Belgavi North Feroze N. Sait succeeded in retaining his nomination. Raheem Khan who won the byelection from Bidar, has also been nominated for the same seat. (By A Staff writer)