By Waquar Hasan
A documentary on the NRC titled “The state of stateless” has captured the ground realities and its impact on the Assam society. The documentary which was made by the fact-finding team of the United Against Hate (UAH) shows what different sections of the Assamese society feel about the mammoth exercise undertaken to weed out the so-called illegal immigrants. Grievances, opinions and feelings of various sections of the society “ laborers, students, and activists, Nepalese, Hindu and Muslims “ the documentary reveals it all. The maker of the documentary, Afroz Ahmed Sahil, told Caravan Daily that he and his team had not planned to make the documentary when they were visiting people for the fact-finding purposes. However, they were shooting videos of those whom his team spoke to during the course of this mission. The idea of making the documentary occurred to Sahil out of blue only after they came back Delhi.
“With regard to the NRC, people in Delhi have different kinds of information and thoughts. The media is showing things in a very different way. This is building up a strange kind of perception regarding this. Our aim of making this documentary is to make people aware of the pain of the people living there,” he said. Sahil, who is a journalist and student of film making, said that he wanted to bring to the people the humanitarian crisis in Assam. His motive behind the documentary is to bring out the complexities of the NRC process and thoughts of native people on the Citizenship Amendment Bill and the NRC process.
In this documentary, those who have been excluded can be seen recounting their ordeal, the pain and trauma while the experts on the issues are pointing out the prejudices and bias in the NRC process. 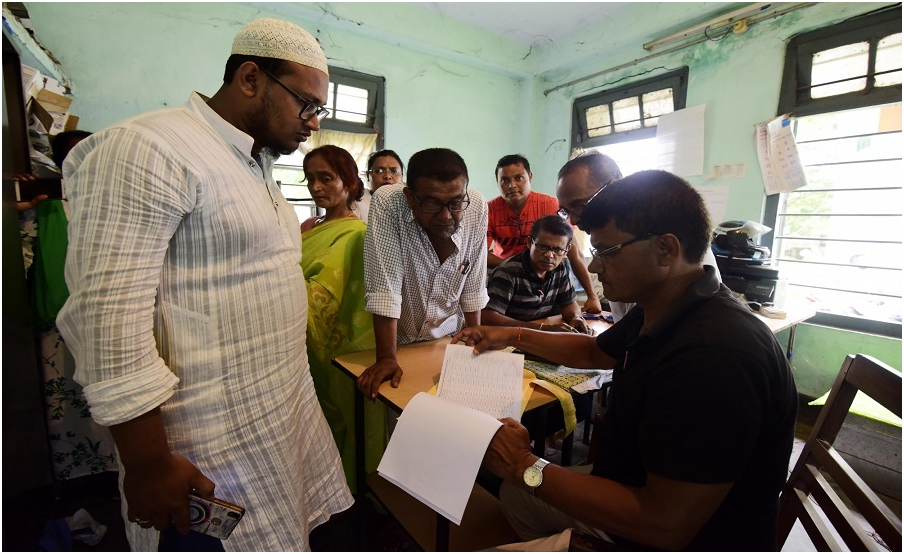