Work on revamping Mumbai’s famous Bhendi Bazaar is going on full stream to relocate the businesses and the people. 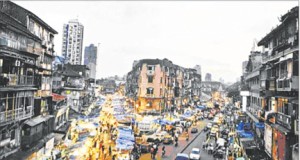 All families will be provided bigger and better accommodation in close vicinity of their businesses.