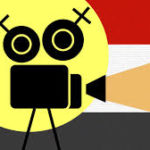 Can cinema help raise awareness of women’s issues and give lawmakers a sense of what Egyptian women need? Mona Mounir, a member of the Egyptian parliament who launched an independent initiative, dubbed Women’s Cinema, believes that films and post-screening discussions can help women understand their rights. “The initiative aims at raising women’s awareness about their rights by showing short films that are between five to eight minutes and documentaries, followed by open discussions to get a sense of the audience’s opinions “ whether they are for or against the topics addressed,” Mounir says about her initiative. Mounir invites local women to her office in Giza, the third largest city in Egypt, for the film screenings and discussions, which she leads. She has already tackled two sensitive subjects: female genital mutilation and child rearing. Describing the discussions on female genital mutilation, Mounir said, “I tried to find out the reasons behind female genital mutilation from parents who put their children through it. I wanted to convince them how this procedure is not only pointless, but has a negative impact on the physical and psychological health of their daughters.” She added, “I would like to tackle other topics such as domestic violence and early marriage. A new topic will be discussed for one hour every Thursday.” It is important to reach out to women and girls directly, rather than through TV campaigns, Mounir said, explaining, “Many women in Egypt zap [switch] to a film or a TV series as soon as the [awareness] campaigns appear on the screen. Therefore, we must reach out to women to talk freely and without constraint.” The short films and documentaries used in the initiative are provided by Egypt’s National Council for Women. The council also runs several other initiatives that use art to change women’s attitudes and create awareness about their rights.