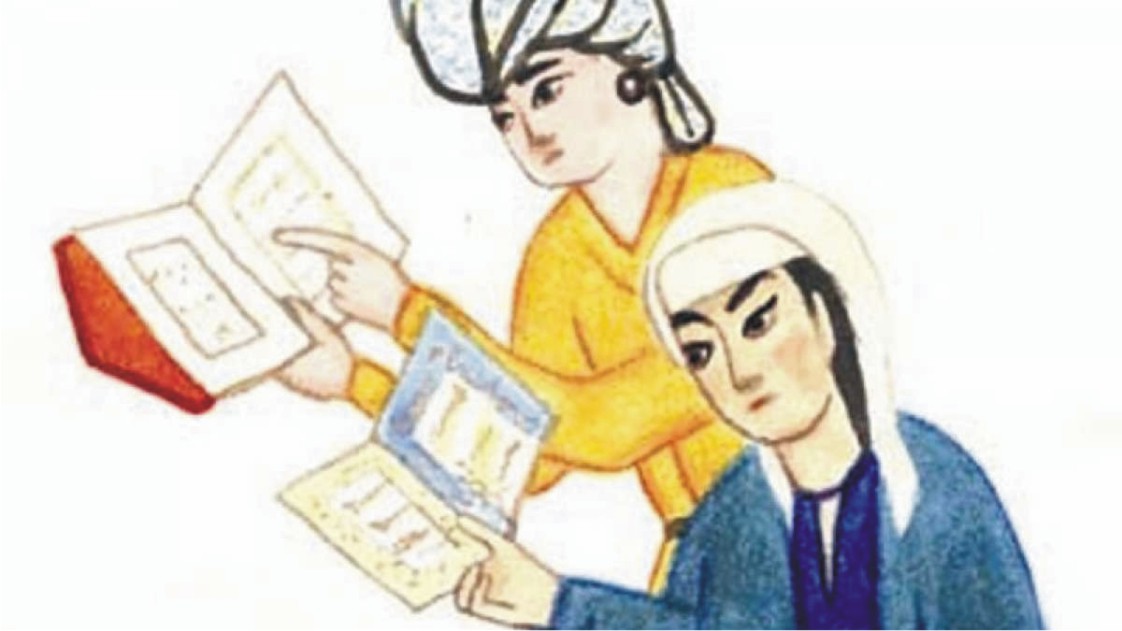 When Imam Zuhri, a famous scholar of the Sunna (the Prophet Muhammad’s prescriptions), indicated to Qasim ibn Muhammad, a scholar of the Quran, a desire to seek knowledge, Qasim advised him to join the assembly of a well-known woman jurist of the day, Amara bin Al-Rahman. Imam Zuhri attended her assembly and later described her as “a boundless ocean of knowledge.” Amra tutored several famous scholars, such as Abu Bakr Muhammad ibn Hazama and Yahya Ibn Said. Amra was not an anomaly in Islamic history; it abounds with famous female narrators of jurisprudence, starting with Aisha, the youngest wife of Prophet Muhammed. Women scholars taught imams and judges, issued fatwas, and traveled to distant cities. They went on lecture tours across the Middle East.

A conservative count would reveal at least 2,500 extraordinary women jurists, narrators of Muhammad’s sayings (hadith), and poets. There is no other religious tradition in which women were so central, present, and active in its formative history. Yet, their stories are not always well-known or widely acknowledged.

Aisha was known for her expertise in the Quran, arabic literature, history, general medicine, and juridical matters in Islam. A top Islamic scholar, a military commander riding on camelback, an inspiration to champions of women’s rights, and a fatwa-issuing jurist, Aisha’s religious authority and intellectual standing and were astonishing, by the standards of both our own time and hers.

She was a primary source of authentic hadith, or traditions of the Prophet, which form part of the foundation of Sunni Islam
Through the painstaking research of Islamic scholar Mohammad Akram Nadwi, the stories of accomplished Muslim female scholars, jurists, and judges have been unearthed. It has led to a listing of about 10,000 Muslim women who have contributed toward various fields of Islamic knowledge over ten centuries.

Umm al-Darda was a 7th-century scholar who taught students in the mosques of Damascus and Jerusalem. The caliph Abd al-Malik ibn Marwan was one of her students. One of the greatest 8th-century scholar was Fatima al-Batayahiyyah, who taught in Damascus. During the Hajj, leading male scholars flocked to her lectures. She later moved to Madinah, where she taught students in the revered mosque of the Prophet. Fatimah bint Mohammed al Samarqandi, a 12th-century jurist, advised her more famous husband, ‘Ala’ al-Din al-Kasani, on how to issue his fatwas; she was also a mentor to Salahuddin.

However, that trend is now history. Nowadays, we hardly ever encounter female Islamic jurists. Women are all but absent from Islamic public and intellectual life. If we scan the centuries of Islamic history records, we find a host of women active in all areas of life, only to see them marginalized dramatically later. So, what happened? How and why have things changed in the last 300 years to the extent that it is unusual to find women involved in Islamic sciences. Unlike in the past, significantly few Muslim men would even consider being taught by a Muslim woman.

Muslim societies have a misconception that the struggle for women’s rights is confined, historically and geographically, to European and North American locations. This ‘myth’ enjoys such great credibility that women’s rights in Muslim societies have almost become an alien idea, and whoever works for them is believed to be promoting some ‘foreign’ agenda. The misconception is confined to Muslim societies and some people in non-Muslim cultures that see Muslim women as passive and silent victims. This misconception isso prevalent that any example of brave Muslim women resisting patriarchal values, whether in the past or present, is brushed aside as an exception. This ‘myth’ has been repeated so often that everyone now considers it a reality in public and private lives.

New status
The Quran enshrined a new status for women and gave them rights that they could have only dreamed of before in Arabia, so why the seeming disparity between what once was and what now appears to be?
On a historical level, Islam was incredibly advanced in providing revolutionary rights for women and uplifting women’s status in the seventh century. Many of the revelations in the Quran were by nature reform-oriented, transforming critical aspects of pre-Islamic customary laws and practices in progressive ways to eliminate injustice and suffering. Still, it is not enough to merely flaunt these values. We must act on them.

The reforms that took place in the early years of Islam were progressive, changing with the needs of society; however, the more detailed rules that the classical jurists laid out only allowed many pre-Islamic customs to continue. These rules reflected the needs, traditions, and expectations of their society, not the progressive reforms that started during Muhammad’s time. Hence, the trajectory of reform that began at Muhammad’s time was halted in the medieval period through the further elaboration of fiqh (Islamic jurisprudence), which was then selectively codified in the 19th and 20th centuries.

Muslims need to look at themselves realistically instead of their imagined selves. The Prophet was centuries ahead of the men of his time in his attitudes toward women, and not surprisingly, right after he died, men started rolling back his reforms. The Prophet may have been too advanced for the mindset of seventh-century men, but his compassion for women is precisely the model that Muslims in the 21st century need to emulate today.

Twenty-four women appear in the Quran in various forms and for multiple purposes; 18 of those women appear as minors, the primary five being: Mary, mother of Jesus, Bilquis, the queen of Sheba, Mary’s mother Hannah, Hawa (Eve), and Umm Musa, the mother of Moses. All of them are potent examples of the tremendous potential of women.

Women empowerment
In the 21st century, the combined spread of literacy, the availability, and promotion of public education for both girls and boys, the expansion of job opportunities for women, have added to Muslim women’s desire for greater empowerment in the practice and interpretation of their faith. We have hundreds of examples of women who defied culturally defined gender norms to assert their right to be different and to be agents of change in their society.

Today, Muslim women are active in Quranic study circles, mosque-based activities, community services sponsored by religious organizations, and Islamic education as both students and teachers. There are a rising number of female Quran reciters, Islamic lawyers, and professors of Islamic studies throughout the world.

While many Muslims worldwide learn about such exceptional Muslim women in school, their relevance to the contemporary context is frequently overlooked. Most critical aspects of their personalities are glossed over. Through learning and celebrating their examples, men and women can better understand and build upon notions of the role of Muslim women in a culturally authentic paradigm.

The stereotype of a Muslim woman as a passive victim is a dangerous myth. It is promoted by the opponents of gender equality both within and outside Muslim societies. It has to be challenged, debunked, and laid to rest. Without completely shattering it, the Muslim women will keep fearing to speak out for their rights, afraid of being treated as the ‘other,’ as someone who has imported these ‘problematic’ and ‘negative’ ideas from foreign cultures.