There is No Such Thing as Nikah Halala in Quran

Nowhere does the Quran give carte blanche for Muslim men to indulge in polygamy. Forgetting or ignoring the conditions the Quran laid down, men continued these practices. 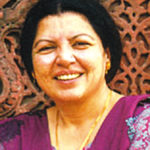 The Quran was revealed to Prophet Mohammed in 610 AD and the very first verse was “Read” (96: 1). Unfortunately for Islam, most people took the meaning of ‘iqra’ (read) as learn by heart. Herein lies the problem, for we don’t know what is right or wrong ourselves and rely only on ulemas to tell us . They tend to translate the ambiguity in some words from a patriarchal mindset. Thus we erroneously end up following what essentially are customs accepted by Muslims, not necessarily laid down by Islam.
In India, we Muslim women are also protected by the Constitution that is not ambiguous, and it is in light of that, that many Muslim women are demanding equality and justice. Article 14 guarantees equal rights to all citizens. Article 15 prohibits discrimination on grounds of religion, race, caste, sex or place of birth. Article 25 says that religious freedom is subject to fundamental rights. As their fight is also within the Quranic framework, I wonder why Muslim bodies are objecting to it.

Coined by Muslim Men
After striking down instant triple talaq, the Supreme Court is now looking at the practice of nikah halala and polygamy. There is no such thing as nikah halala in Islam or mentioned in the Quran. It is a word coined by Muslim men for their convenience. The opposite of the word haram, which means forbidden, is halal , that which is permissible. Nikah halala is a practice meant to curb the incidence of divorce, under which a man cannot remarry his former wife without her having to go through the process of (temporarily) marrying someone else, consummating it, getting divorced and observing a three-month separation period known as iddat.
Does the Quran permit this? Absolutely not! Let us examine what the Quran has to say about it: “And if he has divorced her (for the third time), then she is not lawful to him afterward until (after) she marries a husband other than him. And if the latter husband divorces her (or dies), there is no blame upon the woman and her former husband for returning to each other if they think that they can keep (within) the limits of Allah. These are the limits of Allah, which He makes clear to a people who know”(Quran 2:230).
Without Any Conspiracy
As remarriage was encouraged, once the three-month period of iddat or waiting is complete, she could marry anyone else she wanted. These were conditions put in to protect, not exploit, women. Further, if this husband dies, or if she didn’t get along with him and it leads to a divorce, she is free to go back to the first husband as it is halal. This is to be of her own free will and without any conspiracy, and certainly not a marriage entered into cynically just for the purpose of an immediate divorce so that she can remarry the first husband. Such a marriage can only be called a malpractice or an innovation against the spirit of Islam.
There are only two verses in the Quran which talk of polygamy in the Surah Nisa, verses 3 and 129. Both are in response to a specific situation and set many conditions. In the 7th century, when many wars were taking place, and there were many orphans and widows, verse 3 recommended that men could marry the female orphans under their care if they felt they couldn’t act equitably towards them otherwise, with the rider that if you could not treat them with equal fairness, then marry only one. Thus polygamy was allowed only if they could treat wives equally and verse 129 clarified, “It will not be within your power to treat your wives with equal fairness, however much you may desire.” So, nowhere does the Quran give carte blanche for Muslim men to indulge in polygamy. Forgetting or ignoring the conditions the Quran laid down, men continue these practices. I am glad today the Muslim women of India are demanding justice from the Supreme Court and abolition of these totally abhorrent and anti-Islamic laws.
Those following them may be a minority, but even one man among the 20 crore Muslims should not be able to practise them.
(Source: hindustantimes.com)