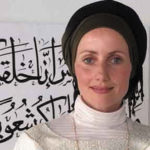 Born in Denmark to a Syrian father and a Finnish mother, Sherin Khankan, well-known author and political commentator, has started a new mosque in Copenhagen. The Mariam Mosque is led entirely by women imams. Khankan says: “³I have never felt at home in the existing mosques. The new grand mosques are unbelievably beautiful, but I have the feeling of being a stranger when I am there. We women stand up in the balcony and look down on what is happening. Many women and young people don’t even go into the mosques as you enter into a male-dominated and patriarchal space in which a man has the floor, a man leads prayers, men are in focus and dominate. “Many imams in this country belong to the traditional school which does not account for the culture we live in. Instead, they help to construct contradictions between being a practising Muslim and a young person in Denmark”, Khankan says.