Arab women today are entrepreneurs, leaders, activists, educators, Nobel Prize winners, and much more. They are reshaping their societies and building a better road to gender equality and girl empowerment for generations to come.

Women are 49.7% of about 345.5 million people in the Middle East and North Africa region. Some in the West think of these women as zipped up in a tent in the desert, probably beaten up by their husbands, a stereotype many of today’s Arab women fight and prove wrong. Yes, there are still many barriers remaining in the way of closing the gender gap in the Arab world, but many advances have been made in education, politics, entrepreneurship, labor, and health. Arab women today are entrepreneurs, leaders, activists, educators, Nobel Prize winners, and much more. They are reshaping their societies and building a better road to gender equality and girl empowerment for generations to come.
Women from different Arab countries are reshaping their societies and fighting gender inequality: 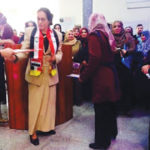 Madeeha Al Bermani
She donated $2 million to build a high school for girls in her hometown of Hilla, Babil. Decades ago when she was their age, Madeeha Al Bermani had to go to a boy’s high school because the scientific field she wanted to enter was only for boys. Now a physician, she donated her savings to educate and empower generations of Iraqi girls to become what they want to be. With the money she donated, she equipped the school with the latest technologies, including touch-smart whiteboards and high-end laboratories. 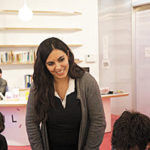 Sara Toumi
Her father used to take her with him on humanitarian trips to Iraq and Sudan. The Tunisian civil society activist inspired his daughter, Sara Toumi, who moved from Paris to her father’s village Bir Al Salih. There, she founded the NGO Dream in Tunisia. She helps teach the village women handicrafts and helps them promote and sell their products. The Sorbonne-educated young woman also founded Acacias for All, in Tunisia to fight the land’s desertification with sustainable agriculture techniques, like planting acacia trees. Toumi was selected as one of the 30, “Under 30 Social Entrepreneurs Making Change” in Europe and around the World in 2016. 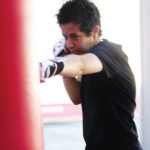 Lina Khalifeh
Like elsewhere in the world, sexual harassment exists in Jordan. To fight against it and domestic violence, one Jordanian woman founded a self-defense NGO and training studio. Lina Khalifeh, a martial artist and women’s empowerment campaigner, founded the NGO SheFighter in 2010 to teach Jordanian women self-defense and to combat domestic abuse in the country. She was inspired to do so after one of her friends was attacked badly by her father and brother. Seeing her beaten up, she wanted to teach her and other women how to be strong and how to defend themselves from such acts. 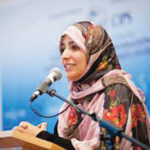 Tawakkol Karman
She was once imprisoned and accused of organizing “riots.” Her 2011 arrest angered the population and enflamed the uprising against the former Yemeni government of Ali Abdallah Saleh. Tawakkol Karman, an advocate for women journalists’ rights, was one Arab woman making a change through peace. She was among the popular faces behind the regime change in Yemen during what was described as the Arab Spring.
In 2011, Karman became the first Arab woman ever to win the Nobel Peace Prize. 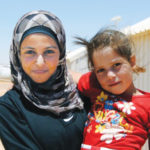 Mazoun Almellehan
It is said “What doesn’t kill you makes you stronger,” and what didn’t kill 16-year-old Mazoun Almellehan in her war-torn country of Syria made her a fighter for girls education in the Azraq Refugee Camp in Jordan. For two years, Mazoun has been carrying out a one-girl campaign to convince parents to keep their daughters in school instead of forcing them into marriage. Mazoun has been dubbed the “Syrian Malala” for her fight to keep girls in school, a reference to the Pakistani education activist whom the Taliban attacked in 2012.
(Source: http://blogs.worldbank.org/voices/5-Arab-women-breaking-down-stereotypes-building-their-countries)