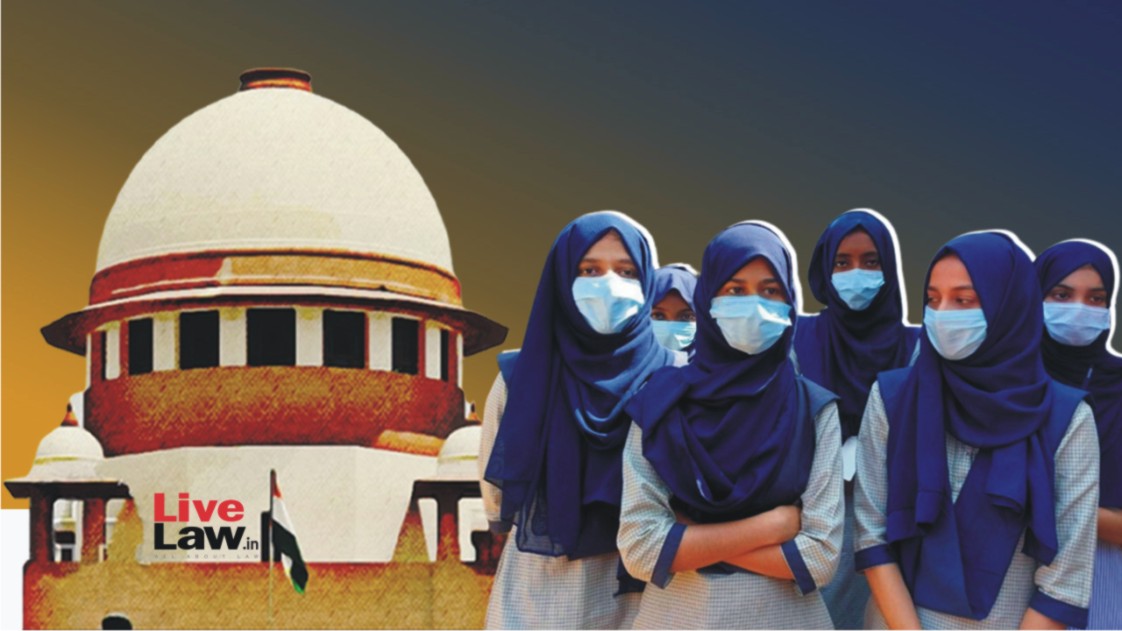 Hijab: A Question of Uniformity or Dignity

Ongoing debates on hijab realised me that the word ‘hijab’ is the most misinterpreted and misunderstood. It is not a matter of Muslim women or their religion only. It is a ‘cover’ that gives protection, dignity and honour to all.

We see the natural things covered by nature, which shows their purity, such as pearls in the shells, seeds in the seed coats, and fruits in have peels and nuts covered. The cook put on a cap and apron for hygienic reasons. Head is also covered by industrial workers, mechanics, engineers and labourers while working in fields. Doctors wear an apron, mask, head cap and gloves while inspecting or operating on patients to be safe from infection. The use of masks reduces the spread of droplets and aerosols. Let us not go far, Covid has taught us to cover our mouths and nose. The disease forced us to wear a mask (a form of hijab). Coronavirus has made everybody hijabis. The use of a mask reveals the hypocrisy of face-covering bans. We are thankful for this hijab (mask) through which we fought successfully against such a disastrous pandemic situation. It protected us, gave us life and caused all to look anew at discrimination against hijab-wearing Muslim women.

Civilization starts with covering, sheltering and protecting. Ancient Indians, Mesopotamians, Sumerians and Babylonian all used head covers. Since the dawn of the Harappan civilization, the turban was in common use with the gentleman of the era, both the commoners as well as the nobles. In Sanskrit, the turban is called Shiravashtra. According to ancient sources, a person without a turban was not allowed to enter the royal court. Southern Emperors of the Chola, Chera and Pallav dynasties covered the heads of the moortis of the various Gods.

In Vedic and Sanatan culture, the turban is marked as the uniqueness of masculinity and pride of debonair Indian men. In recent times various head covers widely used are symbols of respect. As the turban is a sign of valour and dignity for men so is the hijab and veil for women. The turban has different names such as Saafa, Dastar, Topi, Shiravashtra, Pagg and Ushnisha. Kapalika and Shirovesh are also different forms of head covers. The Ghoonghat has its origin in the ancient Sanskrit term ‘Avagenthan means cloak – veil. Other kinds of veils popular in medieval and ancient society were the Uttariya (shoulder veil), Adhikantha Patta (neck veil), Siro vastra (head veil) and Mukhapatta (face veil). Dr G.S. Ghurye has remarked in his book ‘Indian Costume’ that Lord Indra’s wife Indrani used to wear a head cover known as ‘Usnisa’.

Head is covered before entering religious places to show respect and gratitude to the divine. It is said that in the temple’s precincts, vibrations are such that the head cover awakens the energy of the soul (Atma-Shakti). This awakened Atma-Shakti can get easily discharged through the Brahmarandhra (present on the crown of the head) within seconds, if not harnessed usefully. In Gurdwara, the bare head is covered as a sign of respect towards the Sovereignty of Guru Granth Saheb. In Christianity, the female characters e.g. Mother Marry, and Sister Martha are seen wearing head covers. According to Bible, a woman wearing a veil shows dignity, modesty and grace. A veil is a symbol of a nun’s status, a sign of affiliation to the church and her submission to God.

Hijab is the blessing of Allah which saves women from humiliation. The ultimate goal is to please Allah and to maintain a wholesome and stable society. There are rules also for men to preserve modesty in dress and behaviour. The guidelines given to men and women regarding hijab are to be followed by them strictly. It is the code of behaviour to protect chastity and to be meritorious, dignified and honourable. The reason is mentioned in Qur’an in the following verse.

“O Prophet! tell to your wives and your daughters and the women of the believers to bring down over themselves (part) of their outer garments. That is more suitable that they will be known and not be abused.” (33:59)

Hijab observing women is like a pearl in a shell, soothing, generating healing currents which flow through society to integrate it on civilized lines.

Our constitution gives the right to freedom in Article 25 (1)

“Subject to public order, morality and health and other provision of this part, all persons are equally entitled to freedom of conscience and the right freely to profess, practice and propagate religion.”

‘Article 21’ (Protection of life and Personal Liberty) guarantees the right to a dignified life.

The hijab controversy violates the fundamental rights of Muslim women given by our constitution. As far as the uniform is concerned, it includes coats, scarves and caps then why can’t the hijab be included? According to Indian tradition, we consider school as ‘Vidya-Mandir so when we cover our head in Mandir then why not in Vidya-Mandir? How can uniformity to this extent be acceptable in a diverse country like ours, where Sikh wear pagdi, Christians wear a cross, and Hindu ladies wear mangal sutra (all acceptable in uniform)? In the name of “hijab,” Muslim girls are being marginalized, defamed and deprived of education. So are we heading towards the age-old culture of not allowing Dalits to wear the blouse? If ‘hijab’ is the issue today then the blouse might be tomorrow!

A hijab-wearing girl feels so ashamed in removing the hijab as some might feel in wearing less or no clothes. Can’t a uniform be only a ‘colour code’? We allow boys to wear pant shirts and girls shalwar- qameez in colleges diversity already exists here, they are not asked to wear the same dress! Uniformity cannot be maintained in any institution of a country with diverse cultures and religions. How can we give a single hue to the rainbow?

Let us think once again. People cover their heads in winter to save from cold, in summer to beat the scorching heat of the sun, and in rain with a raincoat then what remains?

The writer is a Post Doctoral fellow Dept. of Islamic studies, A.M.U. Aligarh