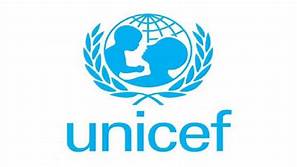 Kabul: Without immediate action, an estimated one million children in Afghanistan are projected to suffer from severe acute malnutrition in 2021 and could die, a top UNICEF official said after wrapping up a trip to the country, reported local media.

According to Ariana News, UNICEF Deputy Executive Director Omar Abdi who visited Afghanistan recently warned that “at least one million Afghan children face severe malnutrition and even death” unless immediate assistance is provided.

“Severe outbreaks of measles and acute watery diarrhea have further exacerbated the situation, putting more children at risk.” UNICEF Abdi met with dozens of children suffering from severe acute malnutrition a life-threatening illness during his visit to Indira Gandhi Children’s hospital in Kabul.

Stating that the UNICEF will continue to press for the rights of every girl, boy, and woman in Afghanistan. Abidi said: “Our objective is to see an Afghanistan where every girl and every boy are in school, have quality health care, and are protected from all forms of violence.”