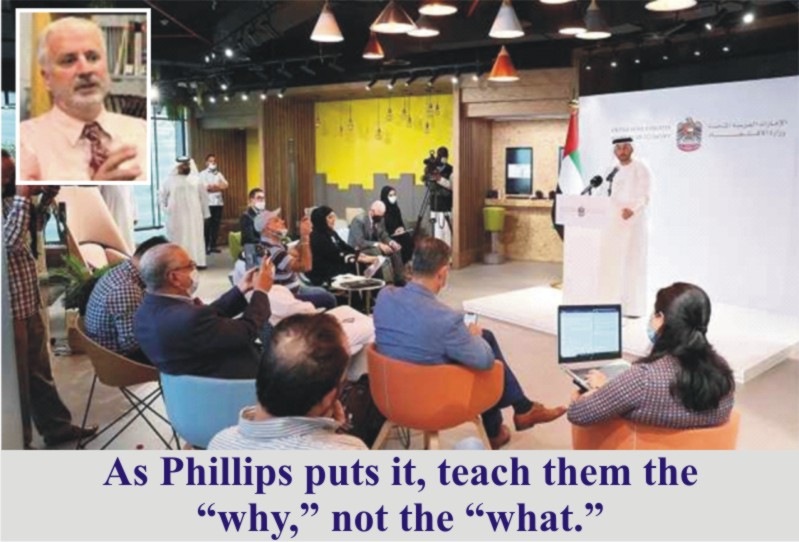 RIYADH: At the beginning of the conference, Mohammed Hasan Alwan, CEO of the Saudi Culture Publishing and Translation Commission, spoke of his “great honor” for welcoming “excellent speakers” from Saudi Arabia and worldwide. Told. Dr. Alwan said the event was intended to be held annually and was “the beginning of Riyadh’s emergence as the world’s major philosophical center.”

An expert speaker at the Riyadh Philosophy Conference believes that philosophizing with children is essential to their personal growth as individuals in society and for adults to perhaps see different perspectives on their set belief systems. Christopher Phillips, an American author, and educator is a man on a mission: to open up the world to the idea of learning from children. He is known for starting the Socrates Cafe, philosophical discussion meetings held in venues such as cafes, schools, nursing homes, and churches. It was also the first title in a series of philosophical books he has written, including children’s books “The Philosophers’ Club” and “Ceci Ann’s Day of Why.” The Kingdom’s first international philosophy conference took place at Riyadh’s King Fahad National Library. The three-day event, which began on Dec. 8, was organized by the Ministry of Culture’s Saudi Literature, Publishing, and Translation Commission. The attendees included experts in philosophy and its theories and those with interest in its modern-day applications worldwide. The event targeted an audience with diverse interests, experiences, and academic and professional backgrounds.