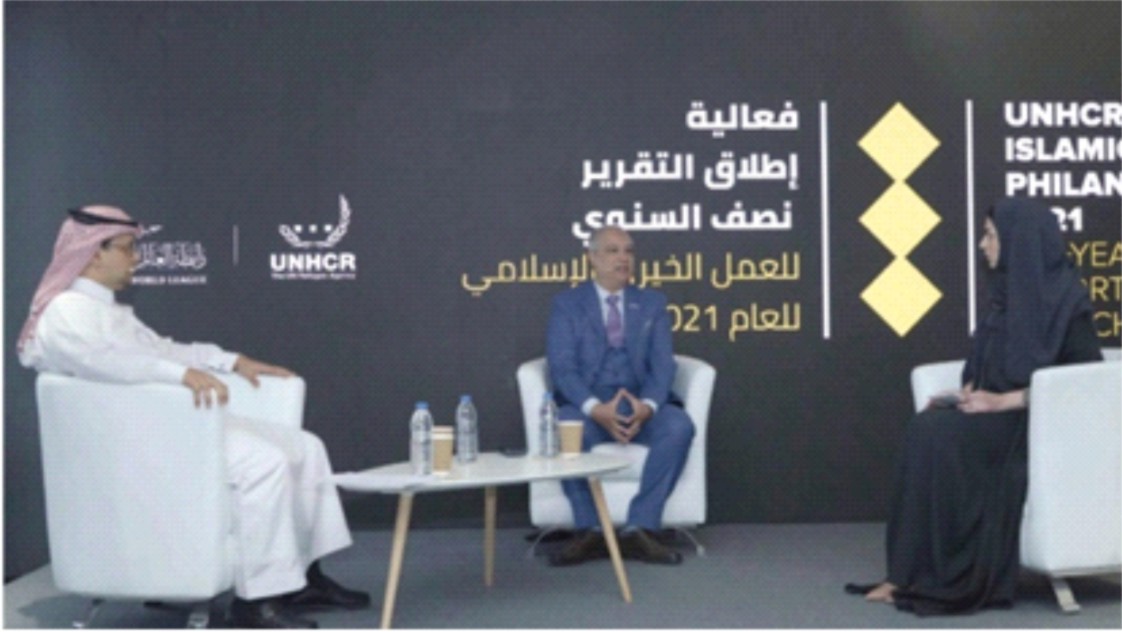 Zakat and Sadaqah donations through UNHCR’s refugee Zakat donations helped 584,586 refugees and forcibly displaced people in 12 countries in the first half of 2021.

According to the mid-year report on Islamic Philanthropy launched by the United Nations High Commissioner for Refugees at the Muslim World League pavilion in Expo 2020 , over $27.5 million was donated to the refugee Zakat fund in the first half, and 70 per cent of those were Zakat contributions.

Khaled Khalifa, UNHCR’s representative to the GCC countries and senior advisor for Islamic philanthropy stressed on the importance of Islamic philanthropy in supporting international humanitarian efforts. “In the light of the uninterrupted increase of forced displacement in recent years, and the protracted crises caused by wars, violence and persecution, Islamic philanthropy plays a pivotal role in responding to the growing humanitarian needs through its key tools such as Zakat, Sadaqah and Waqf,” Khalifa said.

Mishal Al Shalan, general manager, International Cooperation and Events at Muslim World League highlighted said: “We constantly seek to fortify the human role of the Islamic World League through strategic partnerships with key humanitarian and international organizations such as UNHCR, which we collaborated with for years to support refugee and displaced families in areas affected by war and disasters.”

Launched in 2019, UNHCR’s Refugee Zakat Fund is a trusted, compliant, and effective distributor harnessing the power of Zakat to transform the lives of refugee and displaced families. The fund is backed by fatwas from credible scholars and institutions and subject to rigorous governance, ensuring the utmost transparency at every step – from donation to provision of assistance.