Intelligence Must Combine With Compassion

if we use our God-given intelligence for the good of others (including non-human species and the natural environment), many of our problems in our society will be solved. 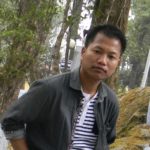 Humans are proud creatures. And what makes them so? Maybe it is because many of them think they can achieve almost everything that they desire.
Human beings are intelligent creatures. They’ve explored the moon and some other entities in space and some scientists know about things that are located fairly deep below the surface of the earth. All of these accomplishments have been possible because of human intelligence. But is our God-given intelligence always used in the right way?
Once, a group of people travelling together in a train were having a discussion on what human beings had become through what they regarded as their leaving all the beings of the animal kingdom behind. Among them there was a religious teacher who was doing more talking than the others. Towards the end of the discussion he narrated a story to make his point clear. The story was about a father lion and his son. The father instructed his son about how to live. He said, “Son, you are the future king of this forest. Do not be afraid of any animals around you. Be a good friend to them. But please remember one thing: Do not try to meet with human beings.”
The young lion did not understand why his father had forbidden him from interacting with humans.
Time passed, and the young lion was happy with his various animal friends in the forest, but he still couldn’t understand why he should be away from humans. So, he decided that he must find out about this on his own. One day, he set out around searching for human beings. On his way, he spotted a deer and asked him if he was human. The deer, surprised and scared, replied: “No! Be careful with that! You better not search for humans, or even talk about them!” Saying this the deer left.
The disappointed lion cub continued his quest. Next, he met a hippo, and thought to himself, “This being is big and seems very authoritative. He must be a human!” He approached the hippo and asked him, “My friend, are you a human being”? But this time, too, the cub had to face disappointment.
The cub didn’t give up, though. Moving further, he came across a giraffe, and, then, an elephant, and asked them the same question, and on both occasions was disappointed. But he was very determined, and so he kept moving ahead. When he was trotting along, he heard a noise coming from ahead. In a while he saw what the matter was: There was a boy who was cutting a branch off a tree. The young lion didn’t expect this sweet-looking creature to be the human he was searching for—because he didn’t at all look scary, quite unlike what his father had indicated human beings were. But thinking that there was nothing wrong in asking him, he stood before him and said: “Do you know where I could find human beings?”
The boy was surprised, and afraid as well, but quickly calmed down. After thinking for a moment, he replied, “Yes! I know where they live, but you have to help me before I take you there.”
“What a relief!” the young lion thought to himself and cheerfully agreed to help the boy. All he needed to do was to stand below the branch. The young lion did as he was told while the boy continued with sawing off the branch. In a short while, the branch came crashing down on the little lion! The cub cried out in pain. He asked the boy for help, but the boy laughed. “You want to see humans? I am one of them!” Saying this, the boy ran off.
The cub now realized why his father had forbidden him from coming in contact with humans.
This story was intended to support the discussion on the subject of human intelligence, which it very much did. But the story gives rise to yet another very important question,that has to do with the consequences of this intelligence. What is the purpose of our intelligence? How should we use it? If we humans discover the answer to this question and if we use our God-given intelligence for the good of others (including non-human species and the natural environment), many of our problems in our society will be solved.
(Pousong Gangmei is presently studying at the Henry Martyn Institute, Hyderabad, a centre for interfaith dialogue, understanding and reconciliation).

May 12, 2018
Ramzan is not simply about restraining ourselves from consuming food from dawn till dusk. We must also fast with our oth... More
Prev Post Living Life: But For What Purpose?
Next Post Question & Answer With Maulana Wahiduddin Khan on Islam and Peace Building

When Recipients of Charity Turn Ungrateful