Islamic Voice 0 May, 2021 3:34 pm
Some Musings on Education
Syed Hamid Mohsin’s call to Muslims “Use modern Devices for Dawah”
Strive with Own Worldview 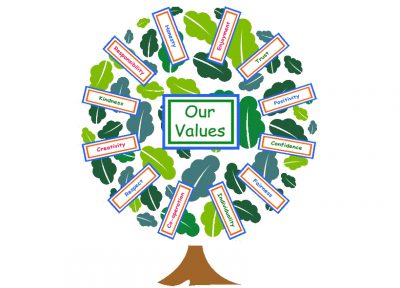 It is an apt message, since with 356 million Indians aged 10-24 year-old, India has the world’s largest youth population, observes the UN in its report issued in 2014 under the title, ‘‘The Power of 1.8 billion”, referring to the global youth population.

Yet, India stood at 131 out of 189 member countries of the UNDP in the latest international ranking of Human Development Index (HDI) in 2019, down from the 130th slot in 2015. The evaluation is based on parameters like life expectancy at birth, mean years and expected years of schooling, besides gross national income per capita. It falls in the medium development category.

“Developing countries with large youth populations could see their economies soar, provided they invest heavily in young people’s education and health and protect their rights,” it points out. According to the HDI Report, 28% of India’s population falls in the 10-24 year age group, while its youth population has been growing at the fastest rate among the poorest countries.

Accordingly, the Indian branch of the Boston Consulting Group (BCG) stresses the importance of educational reforms whereby graduates from technical schools and institutes become employable in the national industry. Its report cites the National Manufacturing Policy (NMP), which envisages a growth rate for the manufacturing sector from around 15% at present to 25% of India’s GDP over a decade. BCG blames poor labour productivity for its sluggish industrial growth rate hamstrung by strikes and demonstrations.

Labour productivity and the global GDP share are inter-related. According to the report, though India has a young and booming demography, its labour productivity is lower than those of the developed countries.

It stands at $3,000 per employee a year compared to the industrialised or even other BRICS nations. Labour productivity in the US is $1, 55,000 per employee annually, while in Japan it is $1, 04,000. Against this backdrop, the government and the private sector should give priority to training and other productivity-related issues.

“Raising the manufacturing sector share of the GDP from 15% to 25% will only happen with an increase in labour productivity. Low labour cost alone will not do. The labour cost in China has increased by 10-15% in the last 10 years. But the productivity has also increased by over 15%.,” observes Arvind Pandey, director of the Boston Consulting Group, India.

Other socioeconomic challenges retarding growth and development are smoking, drinking, drug addiction, eve teasing and some bad habits among the youth. These issues are not dealt with properly in schools, where the focus of education is on science, technology, and related subjects.

As a result, modern educated youth, including Muslims, tend to misuse their technical skills for hacking bank accounts or stealing data landing their victims in serious trouble. Due to lack of Islamic knowledge, they are unaware of the fact that their own body parts will bear witness against them under divine inspiration as mentioned in Quran surah 36, verse.65:

“That Day (the Day of Judgement) shall We set a seal on their mouths. But their hands will speak to Us, and their feet bear witness, to all that they did,” according to Surah.41, verse.21, which says in part: “…their hearing, their sight, and their skins will bear witness against them, as to (all) their deeds.”

This is where project-based interactive essay writing offers a solution. It is like education therapy for students participating in a group essay writing session contributing two or three sentences each on a given topic. The target audience should be secondary level students with English as one of the subjects in the school curriculum.

These are the students who have fairly good oral communication skills in English but need to develop writing skill to make them employable in the market.

The subjects to be covered under this project will include the importance of technical and general education, work ethic, healthcare, agriculture, environmental preservation, tourism, and any other topic deemed fit.  It could be an online project of ‘Islamic Voice’ with a journalist acting as a media partner cum-mentor to suggest topics within an agreed framework.

The essay writing will be based on a set of questions designed to test the students’ aptitude for any profession.  When he/she answers them properly, we will know the student’s mind set on a given topic.

This will explain why he prefers a short cut to success through cheating or offering bribes to invigilators widely reported in the Indian press. Interactive essay writing offers him course correction during his formative years before it is too late. It fills in the gap on matters that are outside the purview of science and technology.