Islamic Voice 0 October, 2013 12:00 am
Karate Champion from Kolkata
Zaineb is on a mission to plant 1 lakh saplings across India
Chennai ‘s Good Samaritans

The evidence of history suggests that political economies compete for hegemony seeking dominance of leadership by one nation over others. 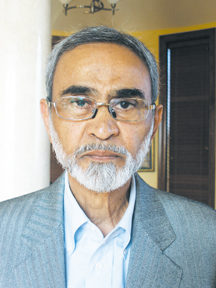