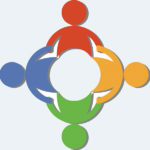 We are now living in a country where public opinion could be used to suppress the facts. In English, this situation is called post-truth. German dictator Hitler had started his attacks from democrats, not the Jews. Similar could be the scenario here. Today it may be Muslims who are being lynched. But others may be the next target. Talk about the second class citizenship instills fear. The current attacks on Muslims won’t stop there.
If one has got habituated to suck blood, he won’t stop after killing one individual. He won’t become vegetarian after sucking one’s blood. He would need new blood. The people will have to be made aware about this danger.
One is frequently reminded of Jawaharlal Nehru nowadays, not Indira Gandhi, not Rahul. I am Manoj Jha. I am a Brahmin by birth. I don’t see any problem for myself in coming days. But I feel the discontent that is churning in my heart. I see that my country has changed even as I have been an onlooker of situation. Disenfranchisement hadn’t happened even at the time of Partition. It has happened today but it’s not becoming news. And this sin is not being committed by the BJP. We are all shareek e gunaah (partners in sin) in this.
When some TV news channel approached me for some sound bytes, I told them, there would be no worry if only the BJP wins. But I smell a partition in this victory. We had not got divided so much even in 1947. Earlier people used to hinge hope with the media. Now it (the media) has people who analyse your DNA even without your permission. Media is selling bitter items like sweets. They don’t know that if there could be a meter for measuring patriotism, the mercury would simply overshoot the scale within the glass.
Freedom, Justice, Equality and Secularism were the foundational principles of Indian nationhood. These underlay the matrix of the freedom struggle. Why has the fight for secularism been restricted to Muslims today? Secularism is not an issue with Muslims alone. Secularism is the issue for three-fourths of Hindus of this country. Hindus had chosen secularism for this country. Today, thanks to our friends in the TV, it has been rendered synonymous with Muslims. After the 1980s, the people severed secularism and justice. Farmers are committing suicide. Unemployment is rampant. Disputes pertaining to land remain unresolved all through the length and the breadth of the country. Inflation is all time high. No one is talking about these issues. But the issues being debated today are anti-Romeo squad.
If a society ignores basic issues, be sure it is sick. The biggest source for this sickness is neo- liberal economics. We need to muster our strength today. You may even win the elections in Gujarat. Don’t ever celebrate the victory in elections. Nor should you mourn the defeats in elections. Strive to win on the plain of ideas. We will fight for secularism under the umbrella of social justice. We won’t fight for the two separately. Government data shows that 52% working people are daily wagers. To which castes they belong. No one is asking this question. Fifty one per cent people are homeless. Obviously, these people are not Brahmins, Thakurs and Bhumihars. There may be just one or two per cent of such people from these communities. Why is it happening? We have turned the whole fight into a show (tamasha). We will have to end this fight for tamasha. If political parties wake up only after poll dates are announced, then there is no meaning for such waking up. They better continue sleeping.
Our country today needs politics of Nehru. It is rather tragic to know that politics of Nehru was killed by the Congress, not BJP. This country is strange. It is stranger than the British weather.
Kabhi arsh par, kabhi farsh par,
Kabhi tera dar, kabhi dar badar,
Gham e Aashiqui, tujhe kiya pata
Hum kahan kahan se guzar gaye.
(Sometimes we were wandering in the heavens, some time on the earth. At times we knocked at your door, and on other occasions, we were simply out on the streets. O the beloved! You perhaps don’t know through what corners of the earth we roamed and where we looked for you.)
If we talk about liberal politics and politics of inclusion, we will have to look inward. And it applies on all societies.
(Extracts transcribed from his Hindi speech circulated on What’sapp)