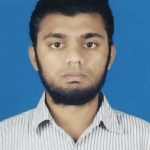 Many people are now so addicted to their mobile phones, it feels like they have lost a limb when they are without them, says a study. Some people feel so bereft without their iPhone or Blackberry that it evokes feelings similar to the “phantom limb” syndrome suffered by amputees.
The study, by the University of Maryland, shows the growing reliance that the younger generation has on technology and how it has become central to their lives. Other technological inventions such as computers, MP3 players and televisions are also considered essential by many to get through their day. Many young people report mental and physical symptoms of distress and “employed the rhetoric of addiction, dependency and depression” when reporting their experiences of trying to go unplugged for a full day.
College Students
“Students talked about how scary it was, how addicted they were,” said Professor Susan Moeller, who led the project. The study found few differences in the way students used and relied on digital technology in different countries, despite those countries’ huge differences in economic development, culture and political governance. It concluded that most college students, whether in ‘developed’ or ‘developing’ countries, are strikingly similar in how they use media”and in how ‘addicted’ they are to it.
From the calculator to the computer, from mobile devices to the Internet, advances in technology are creating monumental changes in our lives, and, in turn, people’s practice of religion. The universal acceptance of mobile devices, like the iPhone and iPad, is provoking profound social change. Without the traditional religious or spiritual upbringing, the youth of today forgo a key element of a meaningful life. Religion was never just about a Supreme Being, social gatherings and interaction of those with similar beliefs. Imbibing good values was also a critical part of the experience.
‘Smartphone Fasting’
Religion today is losing the youth. But in what ways can Religion not lose its youth? There are ways in which attention can be diverted from ‘smartphones’ to spirituality. ‘Smartphone Fasting’, that is abstaining from using ‘smartphones’ for a while, can be a way to overcome people’s addiction to these contraptions. ‘Smartphone fasting’, whether one day a week or for a week or more at a stretch, is a pressing need for many of us. Fasting is a great model for this” saying ‘no’ to something good to say ‘yes’ to something better, checking that we have not become addicted and enslaved to something and making space for God. Many of us will need to arrange for physical separation from our phones. Some people will need to put their ‘smartphone’ in another room than their bedroom so it is not the first thing they look at in the morning. They can begin their day with remembering God, rather than immediately jumping to grab their phones or their laptop to check their emails.
It is important that when you say ‘no’ to a practice to say ‘yes’ to another practice that can take its place. So, maybe while you give up email for a time, choose to write a letter with pen, ink, and paper instead. It is a wonderful way to say something that has a different kind of impact on others.
Maybe we should use technology in such a way that we limit our technology consumption. We can use reminders to shut off our phones and remember God. Reminders can be used for reciting scripture and spending time with God. We need to live in the presence of God instead of wasting precious time unnecessarily in the presence of ‘online friends’. We must operate from a God-saturated and God-oriented worldview, and that should guide our approach to the gifts of technology, as indeed of every other thing.