Are We Being Stewards of the Environment? 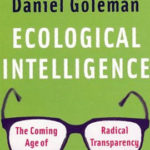 The ecological crisis that planet Earth faces today is enormous. It’s something that affects everyone, irrespective of religion, ethnicity, and nationality, as well as every species of being, and not just humans. For people of faith, the destruction of the environment ought to be seen as our collective failure to live up to the demands and responsibilities of stewards of the earth, a role that God has assigned human beings. Yet, many of us still turn a deaf ear to what we are doing to the earth.

Degradation of the Environment
We cannot, Goleman reprimands us in this timely book, blame just irresponsible governments and corporates for the ongoing devastation of the planet. In fact, suggests Goleman, every individual across the world is actively involved in the destruction of nature, particularly through the consumption choices he or she makes, although this is something that we are rarely aware of. And so, if these choices we make are altered, each one of us can play a major role in saving Nature from further destruction. No longer can we, as individuals, continue to evade our own culpability in the degradation of the environment as well as our responsibility to salvage it.
Goleman builds up an impressive case for individual producers and consumers to play their respective roles in saving their environment, or at least minimizing their destruction of it, based on an awareness of the environmental consequences of the production and consumption choices that they make. Every article produced contains a combination of elements extracted from Nature, and every act of production represents a depletion of natural resources. Furthermore, many manufactured goods have frightening long-term consequences for consumers’ physical and mental health. Scores of industries are based on heavily-exploited cheap labour, and some on pain inflicted on animals on a massive scale. All these must be factored in, Goleman argues, to arrive at a rough idea of the environmental cost of a particular product. Consumers must be encouraged to purchase and consume with more awareness, basing their decisions not simply on product price and appearance, but also on the ecological costs of the items they buy.

Eco-Conscious Consumers
Presently, Goleman notes, most consumers have little or no idea of these hidden costs. What concerns most consumers is simply the price that they have to pay for a product they want. Only a small minority of eco-conscious consumers seem passionately concerned about the ecological costs and consequences of the products they buy. And that is one reason why industries in many countries can continue to despoil the environment with impunity, driven solely by the desire for maximizing their profits and lacking concern for the impact of their production choices on the environment.

Ecologically sensible choices
The more ‘ecologically intelligent’ individual consumers become, the more aware they are of the ecological consequences of their consumption choices, the more effectively will they be able to reign in most producers’ fundamental lack of concern for ecological devastation, Goleman writes. Ideally, he says, producers must supply every prospective consumer with details of the ecological costs and consequences of their products”not just information about their chemical composition and, in the case of food products, their calorific value, but such facts as the amount of energy and other resources used in producing them, the wages and working conditions of employees at every stage of the production chain, the amount of waste produced, the method of waste disposal used by production units and the impact of this on the environment and so on. If consumers are provided with this information for all available products, they can choose between competing brands of the same item not just on the basis of price and appearance but also on the basis of their ecological costs. As ‘ecological intelligence’ spreads across society, people will be motivated to make more ecologically sensible choices, preferring to buy those products that have lesser environmental costs than rival brands. In this way, Goleman contends, ecologically intelligent individuals’ consumption patterns will have less devastating consequences for the environment than those of ecologically un-intelligent buyers.
Spread of Ecological Intelligence
But what would make producers feel obliged to share embarrassing details of the ecological costs of their products with prospective consumers? The answer lies in the spread of ecological intelligence. As distress among people mounts over the increasingly intolerable destruction of the environment, they will, it is possible, begin to compel businesses to divulge this information to the general public. This information can, at least theoretically, be made universally accessible now through the Internet. Armed with this information, consumers will have a new form of power over producers, being able to choose from among rival companies on the basis of the ecological worthiness or otherwise of their products. This, so Goleman believes, will force companies to make efforts to minimize the ecological costs of their products.
Given the ominous reality of the global environmental threat, Goleman’s advocacy of universalising ‘ecological intelligence’ makes good sense, reminding us that although the problem is so huge that none of us can individually make much of a dent in it, every little effort, by every single individual, counts. This book makes out an impressive case for a global ecological activism that goes beyond simply targeting a few ecological offenders to working to bring every production unit to comply by strict ecological standards. For people of faith who believe that God has entrusted human beings major responsibilities as stewards of the earth, recognizing the importance of ‘ecological intelligence’ that Goleman stresses can help shape more ecologically-sensitive and meaningful understandings of religion.