Away from the Beaten Path

Sermons that deal with issues of topical interest could trigger new thinking. 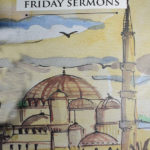 This is a pocket size collection of Friday sermons delivered by the author Abdullah Ahmed Manham who teaches at the Jamiya Al-Islamiya, Shantapuram in Kerala. He has been alongside delivering Juma’a sermons in English to a linguistically diverse congregation at the Ideal Centre Mosque in the NIT campus in Calicut. The author possesses several valuable degrees, both from Indian universities and the Ummul Qurra University in Makkah.
The sermons selected for this volume carrying 17 of them, are not the run-of-the-mill type usually delivered before the Urdu-speaking audiences by madrassa-trained scholars. Deviating from the beaten path, the author has chosen topics that resonate with the times we are living in. For instance, a Khutba delivered on the eve of WHO-designated World Breastfeeding Week (August 1-7) highlights the medical advantages of breastfeeding the newborns even while quoting the Quranic verses. ‘Iron lady’ Irom Sharmila’s courageous 16-year fast against the draconian laws in force in the North Eastern states also gets highlighted in one of the sermons. It is rare for the Jumaa sermons to focus on civil right activism. Another sermon debunks the fraudulent propaganda against Tipu Sultan, the 18th century Mysore ruler whose rule extended to parts of Malabar. Roots of racism in human attitude has also been explored in yet another sermons. Un-Islamic practices associated with the Prophet’s date of birth too have come in for mild criticism. Commonalities with and differences between Islam and other faiths too have been explained well in the sermons.
The language is extremely simple and the narrative is amply supplied with Quranic verses and anecdotes from Islamic history. Some issues pertaining to Juma’a prayers too have been dealt with in the Appendix. The book is a very useful guide to topics that are topical and need to be taken up by the sermon-givers.
The author has been delivering Friday sermons for the last six years at the above mentioned mosque and intends to bring out more collections in due course. It is needless to say that what is said from the pulpit could trigger new thinking among the congregants. But for this to happen, the scholars must be trained in modern humanities. The author has set the ball rolling.