Tzortzis adduces various rational arguments to make the point that atheism or the denial of God is irrational and unnatural. 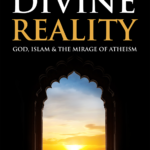 Debates between believers in and deniers of God have continued down the centuries. So, too, have arguments between adherents of different views about God. Learning about what others believe about this issue of ultimate importance can play a vital role in one’s spiritual evolution. In this regard, this book scores admirably, with its cogent responses to atheist claims and the reason-based arguments, it sets forth for the reality of God.
Of course, the presence of God cannot be proved or disproved simply through logical arguments. People of faith say that faith in God can only be had through God’s grace. Be that as it may, adducing rational, philosophical arguments for God’s presence, as this book does, can help one develop a better, more clear understanding of the nature of reality beyond what we can perceive through our limited senses. And in this regard, this book makes a very welcome contribution.

Irrational and Unnatural
Tzortzis adduces various rational arguments to make the point that atheism or the denial of God is irrational and unnatural while, contrarily, belief in God is rational and natural. He further contends that atheism, which is rooted in materialism, cannot account for the existence of consciousness, which faith in the existence of God is in a much better position to explain. On the question of objective morality, atheism, too, miserably fails. Likewise, atheism is unable to provide an adequate explanation for the amazing fine-tuning of the universe that provides just the conditions required for the flourishing of human life, a fact that can best be explained by referring to God. Another point on which atheism’s inadequacy is clearly evident, Tzortzis contends, is its explanation for evil and suffering in the world, which believers in God have a much more convincing explanation of.

Relationship Between God and Humankind
Tzortzis is a Muslim, and so frames his arguments using Islamic references. Yet, people of other faiths who also believe in God can easily relate  to many of his assertions vis-Ã -vis atheism and about the existence of God, while not necessarily concurring with all his particular theological views. Their views may be different from his on some points”such as, for instance, on the nature of God, on whether God is utterly transcendent or both transcendent and immanent in the universe, or whether the universe is a creation of God or a manifestation or emanation from God, or with regard to the relationship between God and humankind”but despite this, they may find that much of what he says echoes their own convictions and is a valuable response to atheism, which denies the veracity of all religions, not just one.
Some bits of the book might seem a little too philosophical for the general reader, and these can be skipped if you find them too abstruse. But, by and large, the book is written in an appealing, easily-understandable mode. Overall, it is a useful guide to a range of issues of existential import that no one, no matter what your ideological proclivities may be, can afford to ignore.