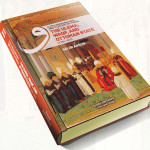 The book points at functional disorders and corruption that had set into the waqf institutions under the Ottoman Empire which required massive surgery.

Ottoman Empire (1299 to 1922 AD) was one among the three major Islamic sultanates”the other two being Iranian and Mughal Indian”which have left deep imprint on history. Even though around the end of it, Turkey was being dubbed ‘The sick man of Europe’, it was by far the most progressive sultanates that Muslims are credited to have formed. Despite all the modernizing transformation brought in by the Sultans during the Tanzimat era (1839″1878), Turkey could not reverse the decay and deterioration and save itself from the strong wave of reforms sweeping Europe, eventually leading to the dissolution of the Empire in 1922.
Ilmiye (intellectual class mainly consisting of the ulema), Seyfiye (military) and Kalemiye (bureaucracy) were the three main pillars of the Ottoman Empire. They constituted the Ottoman elite or the aristocracy. Elites being part of ruling class in any society, are known to appropriate resources from those who produce them. Author Selim Argun has chosen only one of the three pillars, namely the Ilmiye class to chart the course of inter and intra-elite struggles within the Empire and focuses on how this class fattened itself on waqf, i.e., properties dedicated in the name of God for the purpose of welfare of the masses.
Pillars of Ottoman State
Ottoman state, the author argues, was founded on three principles, namely ‘Provisionism’ (satisfying the needs of its people by sustaining an economy of plenty), ‘Traditionalism’ (maintaining status quo by modeling past experience) and ‘Fiscalism’ (favouring imports over exports). These were meant to both safeguarding the people from scarcity or famine as well as to prevent formation of oligarchies of merchant capitalists and thereby fend off any challenge to the imperial authority.
Pursuit of these policies persuaded them to support craft guilds and encourage creation of waqf on a large scale. Majority of waqf-sponsored institutions were religious in nature, namely mosques, madrasas, zawiyas (sufi lodges), and libraries. Men of learning such as ulema, imams, sufis, saints, law college graduates, calligraphers, scribes, and illuminative artists who comprised the then intellectual class, were designated as their beneficiaries. A lot many hospitals, hospices, caravanserais on strategic routes, orphanages, roads, and even bridges and fountains came to be built for the purpose. Gradually these waqf institutions and assets came to be preserves of ulema and kazis (judges) assuming patrimonial succession thereby spawning dynasties of ilmiye families. Corruption set in. Since books were not easy to obtain, lower classes were discouraged from going to medreses (schools in Turkish). Sons of teachers and judges would find it easy to step into shoes of their fathers.
Gargantuan Dimensions
The ulema created an artificial neural network through biological ties with families in judicial, administrative and municipal positions. These elite coteries used the charitable waqf institutions as leverage to consolidate economic privileges while gaining political profit and social recognition against rival elite. The power, pelf and prestige they drew could be imagined from the fact that at the start of the 29th century, from one-half to two-thirds of the landed property in the Ottoman Empire had reportedly been sequestered as endowment land, whereas it amounted to one-fifth in Egypt, one-third in Tunisia in 1883 and to about half of the property in Algeria. With approximately one thousand foundations in each of the 300 administrative units of Sanjaks (administrative units of the Ottoman state), the general budget of the foundations accounted for a third of the state budget.

Vested Interests
There were high ranking mudarris, sheikhs and alims in various managerial positions. Waqfs were bound to serve”¦. to gain control of the popular masses by having their religious leaders in one’s pay. Hierarchy and expectations of promotions in careers ensured their devotion to the throne.
Shadow of Fiscal Reforms
But then fiscal centralization was taking place in Europe in 16th and 17th century itself. Concept of charity and philanthropy was undergoing secularization. The clerically-controlled endowments and revenues were getting transferred to secular bureaucracy which had taken upon itself to provide education as well as healthcare. Sultan Mehmud II (ruled 1808-1839) who had several foreign- trained advisors (especially in France) was bringing in a lot of reform in administration, military, law and judiciary. Reforms in religious endowment (awqafs) had become imperative as almost four-fifths of the Empire’s arable land was held under the waqfs. Although there were many cash-rich awqafs with accumulated surpluses, they generated almost zero income for the state as they were exempt from taxation.
Between 1826 and 1839, all awqaf were brought under the Ministry of Waqfs and their management was consolidated. This annexation and restructuring of the waqfs stripped the Ottoman elite, especially the ulema, of their economic and political power. This was in sync with the changes being witnessed in most European countries and also an administrative necessity to restore autocratic power of sultan by eliminating intermediary agents and elite rentiers and thus increase his revenues through direct taxation.

Waqfs Overhauled
The new bureaucratic structure ended the old patrimonial, pre-modern system of government and set up a new apparatus by providing regular salaries and social security to the employees. This was urged by the new concept of nation-state. This was a major paradigm shift in the concept of charity, from a personal beneficence of the imperial rulers to the impersonal and bureaucratic form of philanthropy of the welfare state.
Increased tax revenues translated into stronger armies, bolstering the political weight of neighbourig nations who then competed for shares in the decentralized tax incomes. The waqf, which was in many ways perfectly suited to the middle ages, appeared to be obsolete in the context of modern structures of government.
The book suggests that states and empires have always been relationally tied to one another, influencing each other’s policies and reforms in complex ways. Large scale social changes occur under the influence of a multiplicity of local and global factors, a fact which is often obscured by reductive historical analyses that point to Islamic conservatism as the driving force behind social change in Ottoman society. The book essentially strikes at the roots of sanctimonious posturing witnessed around the Muslim world vis-Ã -vis the institutions of yore and calls for constant review, renewal and change in concepts, administration and functioning of institutions which are as vulnerable to corruption and distortion as under any other dispensation.

Some Aspects of Waqf
Definition of Waqf
Waqf is an Arabic word derived from root verb w-q-f which means causing someone or something to stop, confine or stand still. According to Monzer Kahf’s definition a waqf is: “Taking certain resources off consumption and simultaneously accumulation of capital in the economy for the purpose of increasing future output of services and incomes. Waqf denotes non-perishable property whose benefit can be extracted without consuming the property itself. Therefore the waqf has primarily taken the form of immovable properties such as lands and buildings and can therefore be considered as a cumulative investment.”
(Kahf, “Financing the Development of Awqaf Property: paper presented at the Seminar on development of awqaf organized by Islamic Research and Training Institution, Kuala Lumpur, Malaysia, March 2-4, 1998.)

Characteristics of Waqf
All Abrahamic religions advocate hidden charity to prevent humiliation of recipients or creating harmful pride in donors. Throughout the centuries, the waqf remained as the most durable, publicly visible, legally irreversible, financially self-sustainable, and administratively semi autonomous and institutionalized form of voluntary charity in Islam.

Women could be Mutavalli
Even women could be mutavalli (custodian) of waqf. They are called mutawalliyeh. Relying on a random sample of about 500 waqf documents, Baer found in 16th century Istanbul one-third of all founders of awqaf were women. The endowment deeds showed that they received a portion of the income for their executive services.

Types of Awqaf
There could be as diverse kinds of waqfs as there are human needs.
A certain Ahmed b. Abdullah who was also known as Helvacioglu Hamal, a porter in 1837 set up a trust in the Aydin district of Turkey, to bring frozen snow from the mountains to cool down the public fountain he built in the Orta suburb for the duration of the 90 hot days of the summer season.
According to waqf registers, the waqf endowments created by Rustam Pasha (died 1561), son in law of Sutan Suleyman I, included mosques, medreses, caravansarais, libraries in various cities of Balkan region. The annual budget of his waqfs fluctuated between 10 to 15 million akce (Silver coin which was the chief monetary unit in Ottoman government which later came to be synonymous with money) where the Empire’s central budget was around 400,00 akce per annum. These employed 600 employees. There were high ranking mudarris, sheikh and alim in various managerial positions.
Mehmed Esad Efendi who was then Nakibulesraf in Istanbul dedicated his Istanbul-based waqf for infirmed rowers and porters of various wharfs who were no longer able to practice their profession due to their old age and sicknesses, and for the repair of the sidewalks in desolate areas.
A Christian subject of the Ottoman Empire in Gumushacikoy set up a waqf in 1860 to repair any ruined fountain for the benefit of humans or animals alike without accepting a single penny from anybody.
There also used to be cash waqf (waqf nuqud) whose main asset was partly or totally liquid capital and the endowed money were given out as a loan or credit, with certain conditions on a fixed ‘interest-like return, Only the revenues generated were used to finance the services of the waqf. According to Haim Gerber, cash waqfs were institutions entirely devoted to supplying credit to the public “And were nothing less than primitive banking institutions.”
By the end of 18th century, in Istanbul, the largest city of Europe with 700,000 people, nearly 30,000 people a day were being fed by charitable complexes (imarets) established under the waqf system.
Most Founders were Elite
Research shows that 89-90% of waqf founders in Ottoman society were members of the askeri, the ruling class. The people whose occupations were not specific, constituted only 9% of the total. The waqf founders who belonged to the ruled (reaya) class were just 1%. This naturally spells out the fact the waqf institution was primarily attached to elite groups.
12% of all Employees
Waqfs spawned a full-fledged bureaucracy to work in various factories and production plants. At the end of the Ottoman period, it is estimated that waqfs were responsible for providing the funds to cover wages for 12% of the total number of employees working in this public sector, a number which during the early republican period rose to 15%. The number of waqfs in employment in Turkey had plummeted drastically by the 1990s, reaching as low as 1%.
Embracing Entire Life
Yediyildiz writes in his book Place of the waqf in Turkish cultural System : “Thanks to the waqfs that flourished during the Ottoman empire, a person would have been born into a waqf house, slept in a waqf cradle, ate and drunk from waqf properties, read waqf books, been taught in a waqf school, received his salary from a waqf administration, and when he died, put into a waqf coffin and buried in a waqf cemetery.”
(Extracted from Elite Configurations and Clusters of Power : The Ulema, Waqf and Ottoman State (1789-1839) by Gravity International Print and Design, Johannesburg.)