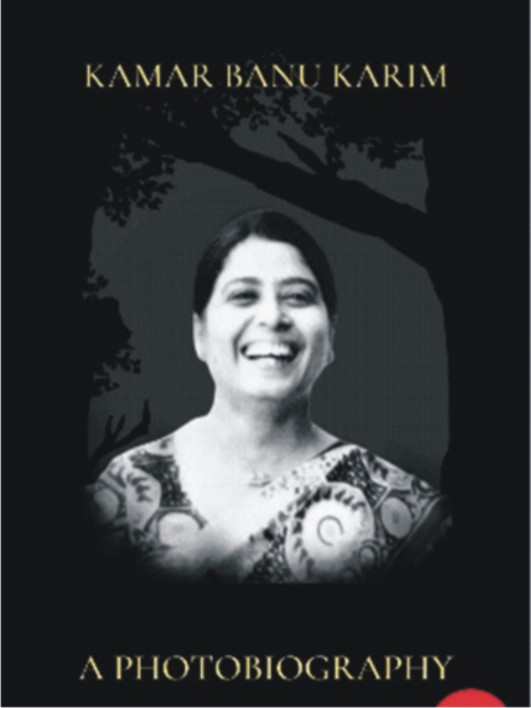 Reviewed by Moin Qazi 0 May, 2022 6:36 pm
A Brilliant Narration of Combating Terrorism at the Ideological Level
‘Indian Muslims – The Way Forward’
Precious Bits of Wisdom

Nagpur was once the most prominent hub of education and academic work in central India, long before the technological revolution reconfigured the educational skyline of the region. The city was crowned with centres of academic excellence in almost all fields-as varied as classical literature, humanities, and both the pure and applied sciences. Nagpur may no longer be the epicenter for the hub and spoke model, which produced high-quality human resources for teaching these conventional subjects.

Nagpur’s academic legacy is studded with several significant landmarks. Its renowned zoologist, Dr. Kamar Banu Karim, is among those stars that twinkle so brightly on Nagpur’s academic skyline. The region may have produced a record number of zoologists, and Karim’s students now don important roles in far corners, spreading the animal world’s knowledge.

Karim’s 75th birth anniversary galvanized her students and fans to produce a photo autobiography. The photographs have been meticulously straddling a vast canvas of Karim’s life and make us feel that Karim had an intuition that she would scale great heights of academic peaks. This must have spurred her to document both the written and photographic inventory for the publishers. The fans of Karim specially commissioned the book to honouringKarim on her birth anniversary

One of the primary objectives of releasing this volume is to revise students’ interests in an academic discipline like zoology. This field dominated the academes but has slowly been sidelined by technical subjects because they have the potential to attract younger students with better compensation. This book can reignite the interest of the world in zoology, which has an essential place in protecting the environment and the entire floral and fauna. It’s precisely the focus on conserving the planet that zoology has come under the lens of those who have a passion for exploring this beautiful planet and understanding the bewildering variety of species that has added to its beauty, t’s more of an encyclopedia that is distinct from the conventional formats and provides an interesting journey through the knowledge world. There is a lot to learn firsthand from leading zoologists in those interactions with Karim during her conversations with them at international conferences. They provide lovely nuggets of information in fascinating ways.

The book is interesting in many ways: it is a profile of a great geologist; it contains tributes from students who were fortunate to be taught and groomed by Madam. There are long and beautiful conversations between Madam and leading zoologists from the world that interacted and collaborated with Madam. They all have wisdom and insight that emerges in their conversations peppered with humor and deep reservoirs of information. Perhaps the unique aspect of the book is that it has been narrated in the style of a travelogue, and Madam recorded her incredible experiences in her travels to conferences and visits to sites directly involved with the animal world in the form of zoos and parks.

Kamar was a brilliant and passionate student whose ultimate goal was excellence. Her career straddled so many subjects even across the vast world of zoology. Her obsession was the research on bats, and she is considered some of the top authorities in this field.

The volume contains tributes from a galaxy of eminent people who happened to be students of Madam but whose canvas of talents was so varied that they excelled in the fields and vocations other than zoology. In a world where there has been an extraordinary emphasis on interdisciplinary linkages in research and academics, Karim has made a precious contribution.

While the book has a few samples, there may be several such talented people worldwide who are spreading a culture of excellence. Karim’s career peaks every few years. There are so many hours and awards that you won’t be able to keep track of. It’s laudable that the entire trail of achievements has been so consistent that one can only call her a unique karma yogi. You all can appreciate the genuine charisma of this great lady if you read and reread the words of Kamar’s students, who have used their choicest epithets to capture the aura of Dr. Karim.