The book is the outcome of the passionate pursuit of truth that many were keen to bury deep.

Gujarat Files: Anatomy of a Cover Up
By Rana Ayyub
Published by the Author
206 pages, Rs. 295 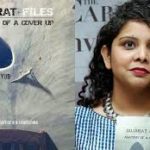 Gujarat Files: Anatomy of a Cover Up is an epitome of extraordinarily adventurous investigative journalism. Journalist Rana Ayyub, covering herself under the fictitious identity of Maithili Tyagi, ‘a US-based filmmaker’, stayed in Ahmedabad for eight months and pursued with great passion the truth that few were interested in laying bare. She went about meeting all major dramatis personae at the helms of the State administration during the cataclysmic events that unfolded in the aftermath of the coach burning of Sabarmati Express at Godhra Station on February 27, 2002. The officials who feigned amnesia before official investigation agencies, come alive on spycam and recorder and lay bare the intricate web of nexus that sparked the carnage and still later in scuttling the wheels of justice.

Skeletons in the Cupboard
Her previous expose of Amit Shah’s complicity in Sohrabuddin Sheikh’s murder in a fake encounter in Tehelka magazine had led to Shah’s arrest. It was for the first time that the Home Minister of a State was arrested by the CBI. Shah’s arrest emboldened those who were not speaking earlier out of fear. Since there were too many skeletons waiting to tumble out, Rana tapped the new opportunity to get the beans spilled”of course donning a new identity”by very characters who were either complicit, or actively colluded with the politicians ‘out to teach Muslims a lesson’ or were simply feeling intimidated by the powers that be.

Tense Moments
Makeover was meticulous and foolproof, although there were tense moments when it threatened to slip. The scribe could inveigle the flies into her parlour under the guise of making a documentary on ‘Gujarat Development Model’ for American Film Institute Conservatory highlighting the vibrant Gujarat, something the Modi administration awaited with open embrace. She donned the requisite naivete skillfully. The ‘filmmaker’ was a Kayastha NRI-American girl from a family of Sanskrit scholar of RSS heritage. Right from hairstyle and glasses to spycam studded kurta and wallpaper on her laptop in the room in the hostel, nothing gave away the real persona of the intrepid scribe.

Dalit Officials Used
The strategy during interactions was to boost egos of the pliant, the sycophant and the ready-to-reveal individuals in the Gujarat officialdom. Some spoke out their heart against Dalit officials being used, misused and abused in the process by so-called uppercaste functionaries. Earning proximity to the political bosses and being rewarded with the lucrative postings was their only concern.   Others felt no qualms in spewing prejudices against the Muslims. Yes some did heed the call of the duty and refused illegal and unconstitutional orders. Some even had the guts and the gumption to demand orders in writing.

Punished for Being Just
Rahul Sharma, Rajnish Rai, Satish Verma, Kuldip Sharma, were among those officers who have had at least 20-year old innocuous cases unearthed and used against them. These were the officers who had tried to keep the flag of justice flying high at a time when administration of justice was at its lowest ebb in Gujarat, and for that they were being persecuted.

Partisan Agendas
While such nuggets of information tumble out of the book in ample numbers, the larger question that needs to be asked is as to why the officialdom abdicates its duty to uphold the Constitution and toes the line of the politicians, most of whom are guided by their partisan agendas.  The rot seems to be very deep. The Constitution of India is the best guarantee to ensure rule of the law and security and access to rights and opportunities to all. But efforts to produce a bureaucracy that exercises its powers without fear or favour have been sorely lacking. Unless that is done, underprivileged groups would continue to suffer, regardless of who rules the nation.
The book is a courageous attempt at dissecting the violence in Gujarat and exposing the nexus between politicians, venom-spewing activists and the law and order machinery at the turn of the century. Simple and tersely stated facts are the hallmark of the book. The foreword has been penned by Mr. Justice B. N. Srikrishna, the judge who headed the 1992-93 post-Babri Masjid demolition mayhem in Mumbai. The book lends courage to all those who believe in justice and fairness to prevail in the society and the culprits of violence to be exposed.