Finding a Way out of the Faith-Reason Conflict 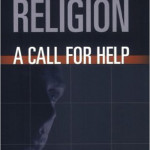 The book under review is a passionate plea and a fervent call from a neo-Muslim for use of reason in interpreting Islam for the current age and societies. The book follows two previous works from the author namely Even Angels Ask and Struggling to Surrender and tries to find answers to queries they generated among a wide variety of mainly young readers.
A Mathematics professor in State University of Kansas, Jeffrey Lang is unsparing in his acknowledgement of the dilemmas faced by Muslims living in modern societies, particularly the immigrant ones and their progeny, in the West and makes a sincere attempt to relate the sacred text to the context of its revelation and ways to adapt them to contemporary societies. Dilemmas are not unique to the Muslim immigrants to the United States alone. They stare into the face of Muslims exposed to modern education, values and environment all across the globe. The difference is only a matter of degree in which one has to grapple with them.

Disconnection
The author’s major worry is that Mosques, Islamic Centers and Muslim organizations are dominated by immigrants and rooted in their cultures. Though over 70 cent of the American Muslims were born to their immigrant parents on American soil, they stay clear of these social groupings. Peer pressure in colleges, pull of pop culture, rabid consumerism, deep-rooted anti-Muslim prejudice and exploitation and promotion of sex combine to draw too many youth and converts away from Islam. This disconnection, the author fears, will make them disavow Islam.

Sternness of attitude
Religiosity for most Muslims lies in sternness and rigidity and erring on conservative side while interpreting Islam. It manifests in assigning a subordinate role to women, or insisting on physical sighting of moon to herald the new lunar month or extending the prohibition on intake of alcohol to spray perfumes. While such conservatism resonates with the general masses steeped in orthodoxy in the Middle East or South Asia, it is met with repulsion, nay repugnance, in the West where law, Constitution and State”all rooted in modern rationality”shapes and regulates in the lives of an individual. Most mosques having been set up by immigrant Muslims generally bar women from their boards and management. Friday sermons harp upon conformity with cultural traits inherited from countries of origin and the clerics do not cease singing paeans of its simplicity and coherence.
Local new converts to Islam feel alienated from these mosques and communities and are compelled to revert to their original faiths or ways of living. The Mosque puts enormous stress on tradition and conformance, whereas the larger culture extols rationalism and individualism. Muslims revere convention and rules of behavior that are upheld as eternal and immutable, while the mainstream promotes adaptation and innovation. Western schools exhort children to challenge and to question, but the Mosque teaches Muslim children not to question their religious traditions. Of course, every religion in the West faces the same tensions. But in case of Islam, the traditions have been idealized to such an extent that it leaves little scope for reinterpretation and adaptation and hence much room for the creation of doubt in the minds of Muslims youth.

Irrational Theology
Lang builds narratives that are candid and objective and etch to broad relief the immensity of the problem caused by the irrational theology which is promoted by clerics in destinations such as Chicago, Portland or New Jersey. The woeful lack of discussion on traditions and conventions which barely have any connection with the Quran, the only authentic source of Islamic precepts and practices, make the trajectory end up in a blind alley. This is a painful situation for any individual with average rationality. A major source of disillusionment for the youth are practices deduced from Hadith literature, which at best is rooted in 7th century Arabian customs or dogmas that bear no relevance to 21st century American”or for that matter the entire Western”society. Taking a cue from these, the anti-Islamic websites paint an entirely loathsome picture of Islam to the youth thereby drawing them away from the imported faith of their parents.

How Authentic?
A major part of the book is devoted to critiquing Hadith literature which encumbers the Muslim societies with rigorous regulations and doctrines bearing not even a mention in the Quran, the only revealed source of faith. He finds himself in an unenviable position when faced with Hadith that talk of women being inferior to men in their intelligence and their righteousness and hell being crammed with more of them. If one questions the authenticity of such Hadith, the entire corpus of Hadith comes under suspicion. If they are taken to be authentic, a major question mark arises with regard to status of women in Islam.
Extremely readable, Losing My Religion packs enough fodder for thought for all those who are dogged by modern dilemmas in the globalised world of 21st century. It calls for critically examining the entire corpus of non-Quranic Islamic literature and developing a theology based on rationality and reason.