Islamic Voice 0 May, 2016 12:00 am
A Brilliant Narration of Combating Terrorism at the Ideological Level
A New Perspective on Love, Loss, Happiness and Pain!
Need for Reforms and Changes 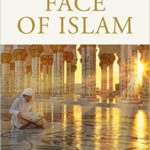 Various Aspects of Islam
Maulana Wahiduddin Khan, a well-known New Delhi based Islamic scholar, has for decades been engaged in promoting an understanding of Islam that reflects these values”an interpretation of the faith that is rooted in love, compassion, acceptance of others and commitment to universal peace and harmony. In this engaging book”a collection of 38 short essays on various aspects of Islam”the Maulana deals with numerous issues that are central to discussions about Islam today, issues such as Islamic teachings about relations between Muslims and people of other faiths, religious pluralism, madrasas and ‘modernisation’, Islam, religious freedom and freedom of speech, Islam and politics, and Islamic norms about gender. There are also chapters on Sufism, the spiritual goal, the purpose of knowledge, and the role of Muslims in India. Much of the book is devoted to issues related to peace and its absence. The Maulana insists that terrorism has no legitimacy in Islam, and, along with this, he highlights Islamic teachings for promoting peace and inter-community harmony.
One issue that one could differ with the Maulana, though, is his understanding of the relationship between human beings and nature. In a chapter on Muslims and scientific education, he speaks of monotheism as having lead man to think of nature not as something to be worshipped but as ‘a thing to be exploited’, something ‘to be conquered’, an ‘object’ of ‘conquest’. This differs markedly from how many ecologically-sensitive religious scholars, including several Muslims, perceive nature. To them”and rightly so”nature is a gift from God, not a thing to be worshipped but, still, something to be respected, something to be taken good care of by man and wisely and kindly used. This reflects the understanding that man is God’s vicegerent on earth, charged with the responsibility of managing nature in the most caring, loving and responsible way”a vision of the man-nature relationship that starkly contrasts with the belief that nature is something that man must conquer and exploit. This latter belief is a major factor for the environmental crisis that besets the world today.
Overall, however, this book excels as a valuable resource in helping to promote an understanding of Islam that is rooted in the sources of Islam”the Quran and the practice of the Prophet Muhammad”and that is of considerable relevance in the contemporary context.