Islamic Voice 0 March, 2018 12:00 am
Finding a Way out of the Faith-Reason Conflict
Understanding Islam: Beyond Dogmatism
Discovering Self-Worth

A dissection of history’s long shadow over Hindu-Muslim relations in India that saps the creative energies of Muslims. 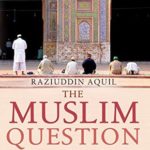 Muslims have been part of India for over a millennium. This book under review is an outcome of the quest of author Raziuddin Aquil (a teacher of history in Delhi University) to find out why a creative people lost in the race of modernity the terms of which were dictated by the West. The community is today at the receiving end from the right wing forces, who have moved from the fringe to the core of the polity and are able to shape the dominant narrative. The narrative paints the Muslims in darkest of colours, demonizing the rulers of the past, ‘unearthing’ ever newer evidences of demolished temples and subjection of the populace with Sharia penalties. Prior to this, history of the medieval period was mainly explained by the historians on the side of the secularists and pluralists. They, in pursuit of projecting a sanitized version of medieval rulers, left out several aspects of the totalizing rhetoric of Sunni Islam.
In the author’s opinion, this inability to rise above the considerations of contemporary politics and ideological demands remains a major challenge to the study of Islam in medieval India. Both approaches stem from ‘present minded’ scholarship in which modern ideological concerns such as secularism and nationalism are projected backward in time.
Islam that arrived in India was not a colossal, monolithic or uniform Islam backed by some state power. It was already riven with sectarian divisions and was more Persianised in form than its original Arab content. It further interacted with diverse religious traditions, which led to the emergence of new forms of religiosity, cults and sects, the most prominent being Sufism, Bhakti and Sikhism.
Much work had already been done on expounding political tenets of Muslim rule. There existed texts that called upon rulers to ensure that religious differences among the subject population should not determine state policy. Rather, the ideal ruler should be one who works to harmonize the conflicting interests of diverse social and religious groups and work for the wellbeing of all the people.

Simplistic Binaries
Looked at from the secularist vs. rightist perspective, the Mughal rulers fall into the binary of Akbar being good and compassionate vs. Aurangzeb being bigoted. This is a simplistic explanation of a complex history where Akbar is generally seen as the originator of secularism (recall Deen-e Ilahi) and Aurangzeb’s re-imposing Jizya in 1679. But several instances of Aurangzeb gifting land and money for temples could be quoted to prove his religious policies. On the other end, history testifies that Akbar abolished Jizya when he wanted to recruit Rajput nobles into his imperial service. The same Akbar exulted for having waged a jihad against ‘infidelity’. In yet another instance Akbar declared himself ‘King of Islam’ in the manifesto of 1579. Nor even Aurangzeb’s distaste for music is proven. Not a single Indo-Persian treatise on music compiled between 1660-1750 mentions any restrictions. There occurred no dismissals of court musicians. The emperor’s distancing from certain musical forms was stretched to prove a Mughal policy shift towards puritanism and intolerance.

Sufi Traditions
The Muslim rulers’ relationship with the ulema and Sufis was also guided by the nature of the calling of these groups. The ulema were more concerned with guarding orthodoxy rather than spreading Islam, and their contact with non-Muslims was limited and unproductive. In contrast, the Sufis related with love, compassion and service to the common folk and pursued a policy of compromise and adaptation vis-à-vis dominant social and religious milieu. The ulema detested them and considered their version of Islam deviant and inferior to what they possessed. The rulers sought proximity of the Sufis for their charismatic appeal among the masses and appreciated their position with regard to the Hindus and generally on matters related to the Shariat. This was all in pursuit of avoiding violence and hostility.

Contested Spaces
Tensions between the ulema and the Sufis could be observed all along the period of Muslim rule. There were spaces that were contested between them. Music was one among them. The Chishti Sufi silsila (order) recognized music as a form of zikr. Overall, Sufis were seen, not only as conduits of power, but also as legitimizers of the policy of acceptance and accommodation at the social level.
Bigotry and religious conflict went hand in hand with tolerance and peaceful adaptations, depending on the circumstances.
Emperor Akbar’s move towards Deen e Ilahi (1575-1580) are attributed to disputes, contests and rivalry among the ulema, leading to each other’s takfeer (excommunication), which led him into doubt and frustration to such an extent that he lost all traces of Islam. Some villainously irreligious ulema even pronounced Akbar to be infallible in their works.

Muslim-Sikh Relations
Sikhism has been seen by some as an outcome of synthesis between Islam and Hinduism. The roots of the young faith went deep into the two cultures. Yet all was not hunky-dory between Sikhs and some Mughal rulers. By the time Aurangzeb occupied the throne of Delhi, conflict between followers of Islam and Sikhism had grown into a festering sore. The martyrdom and persecution of several Sikh Gurus at the hands of Mughal rulers left permanent scars, dividing communities in Punjab. The communal Partition of the subcontinent accompanied with widespread bloodshed extended the legacies of hate and enmity to 20th century and beyond. Nothing of all these could, however, take away the veneration that Baba Guru Nanak had earned among Muslims as a holy man par excellence.
Poet Iqbal celebrated the same in a couplet:
Phir uthi akhir sada tauheed ki Panjab se
Hind ko ek mard-e kaamil ne jagaya khwab se.
Again from the Punjab the call of the Oneness of God arose:
A perfect man roused India from slumber.
Post-Partition, several religious fundamentalist movements gained ground among Muslims, which continue to come in the way of peaceful coexistence with other communities. The notes, chronology, bibliography and glossary of terms in the book indicate that the author has done extensive research. The book is a masterly exposition of the churning going on within the Muslim community currently.