Islamic Voice 0 April, 2018 12:00 am
A Memoir of Travels and Travails
Finding a Way out of the Faith-Reason Conflict
A Skewed Analysis of Islamophobia

In this interesting book, Mohammad Habib provides some insightful details of Muslim personalities who played a positive role in Sikh history. 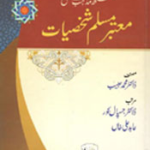 This remarkable book in Urdu by a Muslim scholar highlights some noted Muslim personalities who played important positive roles in Sikh history. In doing so, it also highlights the great contribution of the Sikh Gurus in spreading spirituality and promoting harmony among people from different religious backgrounds”something of great relevance in our times as well. Mohammad Habib, author of the book, is well qualified for the task he has taken up: having earned his doctorate from the Department of Islamic Studies, Jamia Millia Islamia, New Delhi, he presently teaches at the Guru Gobind Singh Department of Religious Studies at the Punjabi University, Patiala.
In his Introduction, Habib explains that his book is not a mere academic research work, but, rather, an attempt to remind the people of India of the country’s rich tradition of communal harmony (which is exemplified beautifully in the life and teachings of the Sikh Gurus). The focus of the book, Habib points out, is on positive aspects of Sikh-Muslim relations. It is true that several incidents of conflict between sections of Muslims and Sikhs were to take place in later years, but Habib suggests that this must be seen in the context of revolts against oppression by the Mughal state (which was largely Muslim). These revolts drew support not just from Sikhs, but from significant numbers of Muslims as well, and others, too. Habib stresses that the Sikhs who fought the Mughals or other oppressive Muslim rulers should not be thought of as having been against Muslims as such.

Universal Spiritual Truths
The first 90 pages or so of the book provides readers with a general introduction to the Sikh tradition, including the historical context in which it arose, and key Sikh beliefs, customs, practices and institutions. The Sikh tradition, Habib explains, focusses on nurturing what he calls inner religiousness (mazhab ke andar mazhabiyyat) and true spirituality (asli ruhaniyat). The wide appeal of the teachings of Guru Nanak Sahib and his successors among people from different religious communities and castes reflected the fact that they preached universal spiritual truths that are beyond the differences of name and form, dogmas and rituals of conventional, instiutionalised religion that divide people. Wherever he travelled (and he travelled extensively), Guru Nanak Sahib exhorted people (Muslims, Hindus and others) to focus on what Habib terms the ‘inner reality’ (batin ki haqiqat) of religion, explaining to them the worthlessness of ritualistic externalism (zahir parasti). Because of this, vast numbers of people, including many Muslims, were attracted to the Sikh Gurus and their message.
Exemplifying the universalism of the message of the Sikh Gurus, Habib explains that the Sri Guru Granth Sahib, the Sikh scripture which is regarded as Guru by the Sikhs, contains verses by Sikh Gurus as well as by several Muslim and Hindu men of God and in different languages. The teachings of this scripture, he tells us, are not specific to just one particular religious community but are of universal appeal and relevance, based on love for and devotion to God and an ethical life. There are strong parallels between these teachings and those of Muslim Sufis and Hindu Bhagats who advocated the path of love, Habib points out.

Key Muslim Figures
The remaining portion of the book focuses principally on several key Muslim figures in the Sikh tradition. These include some Muslims whose spiritual compositions are incorporated in the Guru Granth Sahib, such as the famous Chishti Sufi Shaikh Fariduddin Masud Ganj-e Shakkar (also known as Baba Farid), Bhagat Sadhna ji, a Muslim from Sindh, and Bhagat Bhikan ji, from Kakori, in present-day Uttar Pradesh.
Rai Bular was another Muslim who occupies an important place in Sikh history, Habib explains. He was the landlord of Talwandi (present-day Nankana Sahib), where Guru Nanak Sahib was born. He had great love for Guru Nanak Sahib as a boy, having noticed his deep spirituality, recognising, Habib, says, that he was no ordinary child but a dervish. Even later, in between his missionary journeys, Guru Nanak Sahib would visit Rai Bular and give him spiritual instruction. When Rai Bular left the world, Guru Nanak Sahib was at his side, such was the love between them.
Among Guru Nanak Sahib’s closest companions was a Muslim”his childhood friend Bhai Mardana. Theirs was a beautiful and deep spiritual companionship that lasted for more than half a century. Bhai Mardana is said to have accompanied the Guru on his missionary journeys to many places, in India and abroad. The Guru Sahib would sing his mystical verses and Bhai Mardana would play the rabab in accompaniment.
Even after Guru Nanak Sahib, several Muslims played an important role in Sikh history.  One of these was Hazrat Sain Mir Muhammad Sahib (1560-1635), also known as Miyan Mir Sahib, who was a Sufi of the Qadri order. He had very close spiritual relations with the fifth Sikh Guru, Guru Arjan Dev Sahib (1563-1606), and when the Guru decided to build the Harmandir Sahib (today often referred to as the ‘Golden Temple’) in Amritsar, he invited Hazrat  Miyan Mir Sahib to lay its foundation- stone. The close friendship of the two, Habib says, ‘had reached the stage where narrow views of caste and creed, colour and race, religion and community have no meaning.’
Among the several other Muslims who had close relations with the later Gurus were Bhai Satta and Bhai Balvand, who  were among the first ragis who did kirtan or singing of hymns from the Granth Sahib, at the Harmandir Sahib in Amritsar. The Sufi Pir Bhikhan Shah Sahib had great spiritual love for the tenth Guru, Guru Gobind Singh Sahib (1666-1708). When the Guru was born (in Patna, in 1666), the Pir travelled all the way to Patna to meet him, having come to know, through his spiritual perception, that this was no ordinary child. When he met him, the Pir recognised the child as someone who would look at Muslims and Hindus with equal eye.

Syed Badruddin, Ghani Khan and Nabi Khan
Syed Badruddin, also known as Pir Buddhu Shah Sahib, was another Sufi who had great love and admiration for Guru Gobind Singh Sahib, recognising him as a true man of God. On his request, the Guru had employed 500 Pathan soldiers who had been dismissed from the Mughal Emperor Aurangzeb’s service. At this time, some Rajas in the Himalayan region were conspiring against the Guru, jealous of his growing influence. In the ensuing Battle of Bhangani (1688), many of the Pathan soldiers whom the Guru had employed on the Pir’s suggestion deserted him and went over to the Hill Rajas. The Pir was so upset by this that he went along with his four sons, his brother, his brother-in-law and some 700 of his disciples (murids) to assist the Guru in the battle. The Pir and his relatives and disciples were not trained soldiers. Yet they fought very bravely and the Guru’s side won the battle. In the fighting, among those who died were two of the Pir’s sons (Syed Muhammad Shah and Syed Ashraf), one of his nephews, and many of his disciples. The Guru deeply appreciated the Pir for his dedication.
Ghani Khan and Nabi Khan, two Muslim Pathan brothers, were also great admirers of Guru Gobind Singh Sahib. They played a key role in enabling the Guru to pass through the Mughal lines in the wake of the battle of Chamkaur between the Sikhs and the Mughals. Another such Muslim was Sher Muhammad Khan, then Nawab of the Malerkotla state. When the Mughal Governor of Sirhind, Wazir Khan, ordered that two innocent children of the Guru Sahib, Sahibzada Zorawar Singh and Sahibzada Fateh Singh, be walled up alive, the Nawab protested, saying that was against the Quran, which did not allow the killing of innocent children.  On hearing of the Nawab’s brave effort to save his sons, Guru Gobind Singh blessed him.
Habib provides some insightful details of some more such Muslim figures who supported the Sikh Gurus. He expresses the hope that the book (which is also available in the Punjabi language) will help promote harmony and brotherhood, so that people, irrespective of their religious background, can come closer together and understand each other’s worldviews and support each other in their joys and sorrows. “If we draw just this one lesson,” he writes, “perhaps it will be the greatest lesson of religion that we have learnt.”